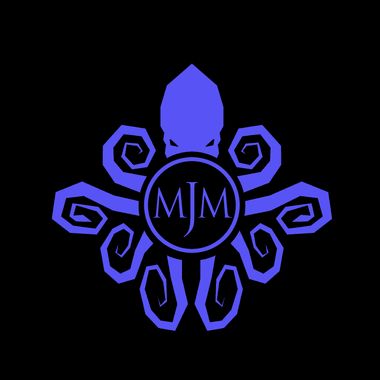 Basic show of support for me as an author/creator. Gives access to AMAs/Discord/Posts and other subscriber-centric media. It also gives early access and subscriber-exclusive discounts on digital books.

A larger show of support. It comes with all the previous benefits, plus the first stage of author-patron interaction, including being able to post questions for AMAs, give feedback on the creative process through polls, comments, and other input, and generally have your voice be heard.

Everything from the previous tier, plus access to all physical media at cost, two weeks early. Also, since all these orders will come in at once, I'll have them sent to me so I can sign and personalize them before they are sent out.

Everthing in previous tiers, plus membership in the readers lounge, which includes access to early drafts of my work and theability to help shape and mold the direction a series is going. This also includes access to a special, regularly held group chat to interact with me and other supporters.

Everything mentioned before, plus special concideration at the worldbuilding level. Here I'll let you in at the ground level at the beginning of series or prewriting stages of books. This also comes with a definite oppertunity to help name characters, planets, concepts, and otherwise aid in the creation of new worlds.

I haven't really done much here as I don't have much to offer. Subscibers and would-be subscriber...

Matthew J. Mimnaugh
Public post
Adding on another major project; the first book of this one is available on Amazon right now, but I would very much like to publish book 2 and 3 as well.

Like most science fiction, Legacy is centered on science, technology, and the glories or horrors of the future.  What happens when the level of human power begins flirting with the infinite?  —where, by today’s standards, individuals have access to technologies that any reasonable person would think could ensure happiness?

Yet what are the consequences?

When people have a virtually infinite amount of energy and matter at their fingertips, no one goes hungry, certainly, but what about the downsides?  Legacy is a universe where technology offers infinite possibilities.

But not all those possibilities are good.

500 years after the Great Exodus, tucked away in an obscure galaxy where mankind can mend itself in peace, JP Sol Starwind and Danther Minth run from an outstanding  gambling debt.  But debt is a wolfhound and its owner, Khal Dowin, is a hunter. And, after seven years of running, they have finally been found… or have they?

What if Khal knew exactly where they were the entire time?

What is the millions of credits Danther owes is simply a means to acquiring something more valuable?

And what if this insignificant spark of everyday human conflict happens to burn near a powder keg… an errant coincidence that happens to attract the wrong monster.

All the seas churn when the leviathan dances.

Matthew J. Mimnaugh
Public post
I wanted to start off with a post about one of the major series I'm working on.

The Law of Seven has a strange history—one that began during my masters.  I wrote a short little nothing of a story and one of the professors commented that I was supposed to write something new, rather than turn in something polished; I knew I had struck gold.  Over the course of the next three years, I toyed around with the concept, spent some time maturing it, used it as my thesis, and finished a polished draft that does the story justice.
The world is a peculiar one—the first steampunk piece I have ever encountered that uses some of the tropes of the subgenre for practical reasons, rather than fancy.  Steam, for instance, is used in the Eltheiri Empire because powerful interference with the gas giant the planet it orbits creates too much electromagnetic interference for electronics.  Likewise, said interference generates powerful electrical storms with lightning bright enough to blind; tinted goggles, therefore, are an essential accessory.
Yet, departing from the typical tenants of steampunk, there are trees that attract lightning.  Their veins are silver, which is the best natural conductor.  They are also encrusted with diamonds, which serve as an excellent heat conductor.  Finally, brightfruit, a symbiotic electroluminescent alga, live in the branches, consuming the electricity and producing light.  The result, diamond-encrusted, silver veined trees, that glow, all whilst respecting botany and physics.
I thought that was a nice little nod to Lothlórien, save silver, instead of gold, and was always tickled by the idea of the trees actually being plausible.

The first book, Blood Walker, is pending a final edit from me and then copyediting from my editor.  It also needs art and other things.
As said, Blood Walker is the first book in the Law of Seven series and follows a group thrown into a situation where little is known.
Someone or something is murdering prostitutes of the Scarlet Guild.  Many suspect this is the aftermath of the emperor’s recent death, he fond of them, but something stirs beneath the surface.
Future Emperor Djord and Inquisitor Kadir seek information and justice.  Illeara and her bodyguard Rhone try to find their way through their own problems, meeting and befriending an unlikely ally.  Meanwhile, Den, Illeara’s prodigy mechanic brother, adjusts to life with Rin and San, orphans left from the latest murders.
Yet things only complicate from there, demons take to the streets, wearing warped corpses.  Storms rage in the sky, lightning powerful enough to blind.  All-out war erupts as the one behind it all is finally unmasked, the fate of nations resting on the final few actions.
Yet there is also light in the darkness.  Hearts soften and love beings to take root, perspectives changing and growing.  Personal problems are addressed and resolved, exposed to the inferno of trying times.  And, in the midst of it all, there is an adorable little dancing spider that—despite being the size of a softball—somehow manages to steal the show; I didn’t plan it that way—trust me­—but Goot is just unadulterated in his sheer lovability.
Comments (0) loading...
Like(0)
Dislike(0)
See something you like? Subscribe to see even more!
Subscribe Now
The subscription gives you:

$5 of $600
per month
At $600 a month, I will reduce my hours at my current job and make my five day work week a four day one. I will dedicate this extra day to writing, creating, and hosting biweekly stream for subscribers and another for everyone!