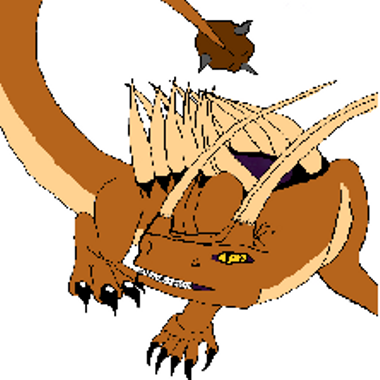 Unoraptormon
By proceeding, you confirm that you are
at least 18 years of age.
Yes, I choose to proceed
Cancel
Cancel

Followers of Unoraptormon This tier is for those who just want to keep up with updates and when I go live on Twitch.

A little can go a long way for a drink. Ya get a Discord role in the server.

Some coin for Art and Letters. Access to comic pages a full month+ Access everything previous tiers get.

Big Mac time! Ten dollars off commissions when commissions are open. Sneak peek at merch art not posted on Instagram. Access everything previous tiers get.

Mild NSFW art. $20 off commissions. Replaces the $10 off Access to everything in lower tiers,.

Solidly NSFW art, plus all previous tier rewards. $35 off commissions replaces the $20 off

0 subscribers The Spiciest of all ; Tendies
Unlock
$70
per month

One character Illustration, plus previous tier rewards That's about all I can offer.

I did finish Sketchtember. Unfortunately, my grandfather was diagnosed with and died of cancer. The month of October was spent preparing for his funerals, as he was military. There was some additional family drama after the funerals so that has further prevented me from putting together a video for all who entered Sketchtember.

I will be working on the Sketchtember video and NaNoWriMo starting today. I will also be uploading the concept art and finished art of Reaplisk, a fakemon I created for the Mazah Region. I may later repurpose it for my own fakemon region.

Unoraptormon
Public post
Gearing up to make some more merch. Wednesday streams over on Twitch will be mostly focused on it.
ArtTwitch
Comments (0) loading...
Like(0)
Dislike(0)

I finished the World Anvil Summer Camp article challenge. You can check out the page here.

With the drawing of the Snake Mimic Caterpillar, the June Bug Art Challenge is done! While I wasn...

One look at this bug screamed dress design. Took a bit to find a quick little model to put it on,...