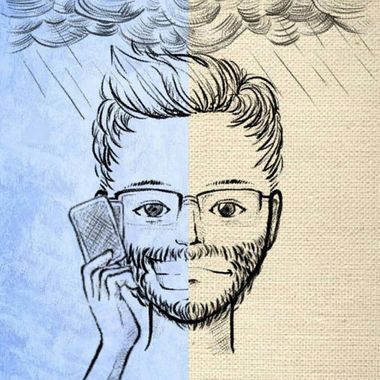 This tier is exclusively used to allow people to follow me. You will see all posts that aren't associated with a higher tier.

This is currently the lowest paid tier, though right now it confers no benefits, beyond a massive thanks for supporting me at this early stage!

This is currently the middle paid tier, though right now it confers no benefits, beyond a massive thanks for supporting me at this early stage!

This is currently the highest paid tier, though right now it confers no benefits, beyond a massive thanks for supporting me at this early stage!

Okay, so I've just made an official announcement that I'll no longer be updating on Ko-fi for the foreseeable future, unless there's enough requests to do so. Granted, I've hardly updated on it as of late, but I just thought I'd make it official. SubscribeStar will be the place where I exclusively do a Patreon-style things, mainly because of the scheduling ability, and it also integrates more with certain platforms! In any case, I'm trying to reduce the amount of places I need to keep up to date, although it's possible that I'll also move away from here, depending on if I can find a more suitable platform or not to work with, as scheduling is an important thing for me.

I'll need to give it some thought though, given I want to reduce the amount of work I need to do; I may even just use a WP plugin for tips and work out some other sort of subscription service for GU/PU, and also SM/DK as well, if I can find a way to feasibly combine them together in way to reduce spreading myself thin. I will probably withdraw announcing videos on SubscribeStar from the 30th IsaacStorm episode, mainly because I already announce them on other social media outlets, and I want to start reserving this page for more importand announcements and also supporter-exclusive videos or "early looks" of certain videos, but I need to do some thinking.

In any case, lightening my workload would be a good idea for a variety of reasons! I'm going to call it here though, as I need to get on with things, so see you all later on!

Some updates and future plans

Okay, so I'm going to be a bit erratic with uploading IsaacStorm videos this month, due to essentially trying to rearrange stuff to work more efficiently. I'm looking at maybe doing some unboxings of stuff I get in the post from around September, which is a couple of months away, I know, but I need time to get everything set up! Going back to the videos though, I'm going to pretty much aim for the nearest regular slot I'm able to aim for, rather than saying when or if a video will be uploaded because I don't have as much energy as I'd like to record at present, so I'll probably end up doing something a bit intermittent for this month, possibly next depending on how things go. This also means that I'm going to hold off on doing daily Isaac videos till at least February/March, whilst I work on a schedule incorporating a second game too, which I'll need to work out how I'm going to go about doing it. I'm still thinking of doing Dungeon Hack, although it's likely that I'll have to do the game without music, and just suggest that you choose your own music to play with it, as I'm realising I'll drive myself nuts if I end up trying to find the perfect music to go with the game, plus it means you have a choice of accompanying music from your end!

Anyway, expect that IsaacStorm videos will be going up, but do keep an eye on the usual outlets at around midnight on Wednesday, Friday, and Sunday; if there isn't anything up by that time, assume that this time it's been a miss! I'm giving this heads-up now in order for me to save energy up for doing future videos and schedules, plus there are only so many times I can say the same thing. At least by setting the expectations of adhering to the normally scheduled time slots in some fashion means that you have a better idea of how things are going, as eventually, I'll be back to normal posting, but right now, I just want to try to get my PC transfer/upgrades done, as well as bringing my server properly into the fold, along with my workstation, as this will help me streamline things down the line. additionally, I'll be getting a connection upgrade sometime this month, so that may result in some downtime for a short period, but I will be getting a slightly faster upload speed; in addition to the upgrade from 15 Meg to 30 Meg, I'll be getting an upgrade to 40m Meg due to a connection upgrade, as well as getting 5 additional IP addresses, which will allow me to do some interesting things down the line!

Anyway, I do hope to be getting back to my regular schedule eventually, but in the meantime, I'm going to try to aim for at least one video a week minimum, though I'm not sure if it should be on a specific day, or whatever day I can manage. I do also need to start being a little less strict with my requirements for videos too, because I can't keep on doing the haphazard approach I have been doing in the past and discarding a lot of videos, seeing as I end up spending hours on something and having nothing to show for it! I am going to aim for a minimum of 35 minutes per video, and ignore the maximum time it takes for a run or series of runs as I feel like worrying about that probably has an effect on my performance somewhat too! I do have other things planned down the line, most notably with 'Storm's Lab' and 'Storm's Workshop', but nothing I can really reveal till I've sorted out enough space for things, especially as I'm not sure myself what's going to happen with it, but I do hope to do some things with 3D printing, most notably setting up Octoprint with a mini 3D printer and setting a webcam on it to allow people to watch the print happening (in theory at least).

I do also want to start streaming me repairing/cleaning/refurbing/etc various bits of hardware too, but that might take a little while longer, as I need to work out a camera setup, as well as making sure I protect my table and can facilitate a decent streaming setup somehow as well. Anyway, I'm going to stop it here for now, as I need to go and think about what needs to be done to make things easier and more efficient for me moving forward. I do also want to pick up my copies of Savage and Railroad Tycoon II Gold Edition from storage as well, so I can put them in the Linux box. I do also have plans for my Pentium MMX project, now I can almost get a preliminary trial to build going with that, plus I want to also start sorting out storage for it and the retro laptops I have to work on eventually; I have the 4 enclosures I need now, so I can replace the HDDs with SSDs eventually, although I do want to research other upgrades such as RAM, the CPUs, and GPUs, as well as making sure I have everything I need to clean everything!

I do have many plans that are almost ready to go, but they need space to be worked on, let alone filmed, so that's something else I'll be working on too! In any case, I know that it's probably a bit disappointing to have me not release any videos after almost 2 weeks, but at least you have something consistent to work from, plus I'm going to give once a week (not this week) posting a go. In the meantime though, I'll try to keep you all updated on any major developments.

Until next time, take care and see you all later on.

I'm going to give this week a miss regarding videos; I want to try and spend the time trying to get a more organised system going with my professional setup, as to be quite honest, I need to adjust and implement a new system, and right now, it's not quite being sorted to my satisfaction, so I want to try and spend a few more days organising it, especially as I need to start clearing up a lot of files and putting them in more accessible places!

$512
to reach
the Goal
This is just a random target I'm setting, just to make it a little less generic-looking.