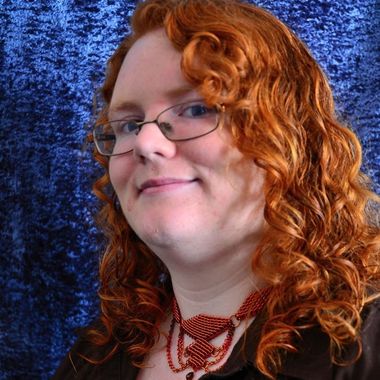 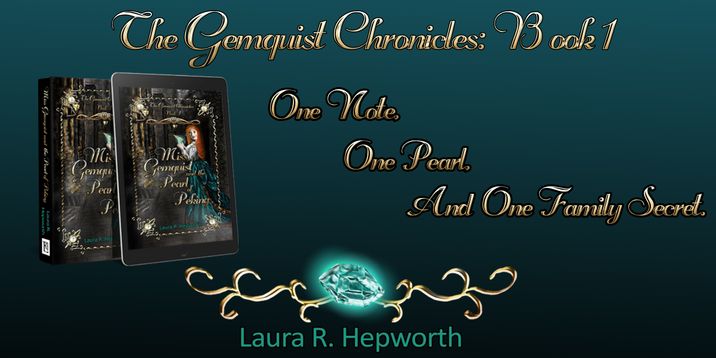 
Well, she took longer than planned, but she's finally done!! As a reminder, here is the Artbreeder portrait I made and used as a reference for the painting.
And here's the final painting I made based on it.
Her colouring reminded me of Christmas and, as it was December when I started this painting, I decided to play off of that with the little extras I added of the holly berries and leaves and fur collar.
I honestly don't think I could be happier with the results!
Prints are available on ArtStation. New merch will also be coming to RedBubble. Subscriber-only merch is already available on the Patron Perks area of my author website.
ArtworkDigitalPaintingPortraitArtbreederElfFantasyArtwork
Comments (0) loading...
Like(0)


Okay, so this painting is both early and late. I'd planned to share it in conjunction with the second chapter draft of An Inkling of Magic, but that didn't end up happening for a couple of reasons: 1) the portrait took longer to paint than I had anticipated, and 2) it was planned as part of a set of portraits and I was waiting for both to share both together. However, as other projects (and just plan life) have crowded in to keep me from getting the second portrait painted, I've decided to just go ahead and share each on separately.

So, without further ado, I'd like to introduce you to Niamh O'Rourke!
Chapter 2 excerpt:
"Niamh, like her brother, was tall and with the same strikingly blue eyes, but her hair – which was of medium length and cut asymmetrically – was a darker brown except for the last few inches which were dyed a bright blue and tipped with purple and was more wavy than curly."
~~~~~~~~~~~~~~~~~~~~~~~~~~~~~~~~~~~~~~~~~~~~~~~~~~~~~~~~~~~~~~~~~~~~~
She's not perfect (I can see some definite areas that could use some adjustment as they still read a little 'flat' to me), but, overall, I'm pretty happy with how she turned out! It'll be neat to do a progress challenge and paint her again some day and compare the two.
The second portrait is still in the works, but, no estimation yet on when it'll be ready to share. In the meantime, I hope you enjoy this one!
AnInklingOfMagicDigitalPaintingCharacterArtArtwork
Comments (0) loading...
Like(0)

Traveller of the Realms

"After months of fruitless searching, she was finally nearing the end of her long, arduous journey. But would it truly be the end she wondered? The portal that would take her out of this forsaken realm was at last within reach, it's eerie glow visible from across the canyon. Just one more mountain to climb and she could leave this world behind her. The only question was, where would this portal take her? Home, where her heart ached to return and she could once again look upon the faces of those she loved, or would it strand her in yet another unknown realm, alone and forever wandering - a traveller of the realms. Oh, how she rued the day she scorned the warnings passed down through generations in her family and wished she had stayed far away from the stone circle in the woods."
~~~~~~~~~~~~~~~~~~~~~~~~~~~~~~~~~~~~~~~~~~~~~~~~~~~~~~~~~~~~~~~~~~~~~~~~~~

I started this painting back in June as a practice piece. I'd taken one of my old experimental digital photography pieces and planned to use it as a backdrop of a new painting, just letting the colours and forms of the photograph inspire what the new image would become. It changed many, many times with the final result bearing absolutely no resemblance to the original photo inspiration other than in some of the colours used. Which is fine, because I'll just reuse that photo for some more paintings! Here's the photo I started with.


It's a photo I took a number of years ago of a Bismuth crystal pendant I made. For the fun of it, I kept moving the camera all over the place as I took the photo just to see what strange results I would get and then played around with the adjustment settings (exposure, contrast, highlights, etc.) on the computer until I got the result I liked the best.
My intention was to turn it into a painting of a glacial city, but, as I worked on it, it turned into this. I'd still like to do a painting closer to my original idea someday, but I'm very happy with how this one turned out!
The figure in the painting is based off of a photograph by Armstreet (a fantasy garb company). I absolutely love how they stage and photograph their products and so asked them if it would be alright if I used them as reference images for my artwork and they were gracious enough to say yes! For this image, I used photographs from their 'Labyrinth' collection as reference/inspiration.
So, how do you like it?
Prints are available on ArtStation. New merch is also available on RedBubble. Subscriber-only merch is already available on the Patron Perks area of my author website.

Process Paint - Traveller of the Realms

$0.00 of $250
per month
Working as an artist and author is not easy. There are always supplies that need replenishing, new tools to get, tech that goes out of date as soon as you take it out of the box or breaks on you when you can least afford it, and all manner of publishing fees no matter how much you try to do yourself. On top of covering all of this, you also have to find some way to pay your bills and put food on the table. This is the minimum monthly income I need to stop stressing about my bills and the inconsistency of art/book sales and be able to focus more on my art and writing and less on getting 'seen'.
$0.00 of $750
per month
I love what I do and wouldn't want to be doing anything else! Reaching this goal would mean I have successfully achieved the minimum income I need to make a part-time living as an artist/author which will go a long ways to helping me continue to bring you more art and stories. It would also help me to start a fund for replacing worn out/outdated tech so that I can keep creating.
$0.00 of $1,500
per month
Reaching this goal would be truly amazing as this will have meant that I have now reached the minimum income goal I need to be a full-time artist/author! It would also allow me more freedom for trying new things and test out new ideas with you. I would also be able to spend more time creating resources to help others with their art.
$0.00 of $3,000
per month
This goal would be a truly awesome milestone! It would allow me to invest in new materials or software to keep up in an ever advancing and competitive field and be able to attend workshops/seminars to upgrade my skills. All of which means that I can continue to grow as an artist and share that journey with you.