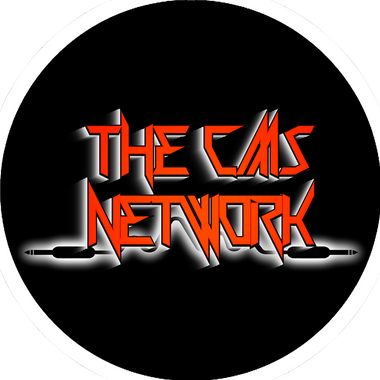 This is a band that has some CMS ties to it, as both Ripper Owens and TK (aka Tommy Krash... aka Bob Leather) are featured in. I'm happy to hear that connecting Ripper with TK turned into something awesome and productive!

LEVIATHAN PROJECT AND DEKO ENTERTAINMENT ARE THROWING IT BACK TO THE DAYS OF TAPE TRADING. ‘IT’S THEIR WORLD’ IS OUT JUNE 4TH ON CASSETTE, FEATURING GUEST VOCALS BY FORMER JUDAS PRIEST VOCALIST TIM “RIPPER” OWENS.

Leviathan Project will release the first of two EP’s ‘It’s Their World” on June 4th digitally and as a Limited Edition (only 100 copies) cassette. Throwing it back to the early days of Metal when you would discover the latest new band through tape trading, as Deko Entertainment president Bruce Pucciarello comments, “What a great example of how you can take a familiar musical genre to another level. Amazing writing is here, the sound explodes, it’s powerful and seductive! This is an insanely good project.”

The band have released a lyric video for the track “Solar Storm” and had this to say about the new release. Tim “Ripper” Owens, “Gotta say these were some fun tunes to sing on!! When Tommy called and asked if I wanna sing on a few songs and maybe even help write a few I said hell yea let’s do it! Always cool to be a guest singer on stuff you dig!” Bobby Koelble, “I listened to the basic tracks and just went for it. I tried to keep the flow of musicality in whatever I play. It's a lot of fun to be a part of this music.” Matt Nardo, “Being involved in the creation of Leviathan Project has opened up new worlds for me as a musician. When you build music with talents like Bobby, Tim, and Tk; how can it not be something that resonates?” TK, “Leviathan Project is about the moment and letting yourself get lost in the music. I try to capture sounds and create songs that will take you somewhere else.”

There are limited edition bundles (while supplies last), which can be ordered via the Leviathan Project Store here: https://bit.ly/3oqhtlW

17.8%
collected
to reach
Our goal each month is to raise the funds to pay for the various elements of The CMS Podcast Network so we can keep improving it's quality for you, our fans! We truly appreciate your contributions!