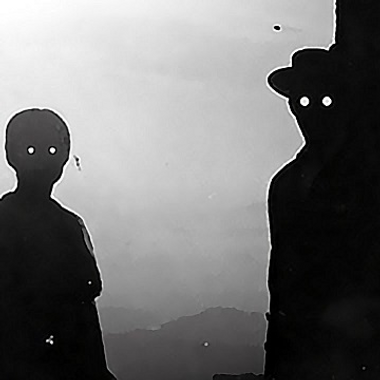 MyPrimalFantasy
By proceeding, you confirm that you are
at least 18 years of age.
Yes, I choose to proceed
Cancel
Cancel

At this tier, you will become one of the legendary Black-Eyed Kids, having access to our discord, where you can post writings or prompts of your own, chat with other creatures of the night, and see the finished stories I post here and elsewhere!

At this tier, you will become a ghoulish, mysterious fiend, rending safety and comfort away from families across suburbia. Subscribing to this tier includes access to the discord as with the previous tier, access to a special channel in discord where movie nights and readings will be held, as well as exclusive access to regular polls which will determine some of the topics i write about!

At this tier, you will become the mythical windigo from Algonquian legends, a terrifying creature of insatiable hunger. You will gain access to all rewards from previous tiers, as well as access to the repository channel in our discord. The repository is where I store interesting content from around the web. [coming soon].

Your hunger is all-consuming, you can never be sated. You have become a creature of the night, stalking its prey from the shadows. Access to this tier includes all previous rewards, as well as access to an additional level of the repository, my personal e-book collection (with nearly 30,000 e-books), and several other of my own personal collections of content (coming soon). I will also post snippets and exclusive updates for any stories I work on as well as my upcoming novel, "Where Night Never Ends".

Shadows on the Edge of Sleep

This is a rather short story that happened over a decade ago, when I was in middle school. Although the encounter was brief, and left unrepeated, it still crosses my mind every so often, making me consider the possibility that It was more than just a bad dream.

The first real house my parents bought when we moved here was a modest single story house in a small subdivision, surrounded by fields and woods. My brother (Blake) and I shared one of the rooms, he was four years younger than me, still in elementary school. We had a basic bunk bed, and we both loved it. He had the top bunk while I preferred the bottom. If we weren't at school, or on the ancient desktop computer playing Runescape or flash games, we were hanging out in our room playing with legos or our gameboys.

Late one night, after my brother went to sleep, I had stayed up playing Turok evolution on my gameboy. It was a rather long game that I never completely beat, because I never took advantage of the level passwords and preferred to start over each time. I would usually rush through the game until I either got stuck, or bored. Well, this time, I kept getting stuck on the second boss stage, in which you have to fight a huge t-rex with a machine gun on its back. I set down the gameboy, deciding it was well past time to sleep. I laid there as time stretched out, but sleep would not come.

Eventually, I figured I would get tired if I just stared out into the darkness of the room. My eyes would start drooping, I'd force them open, repeating this until I was tired enough to finally pass out. But for whatever reason, my eyes never got heavy, and I didn't even yawn. So I kept laying there silently, unmoving, staring into the shadows.

Now, if you've ever been in a dark room, and have just stared at one point for long enough, you've likely seen the shadows shift, or swirl, at least on the edge of your vision. This is normal, its just your imagination painting over the blank tapestry of the darkness. Of course, this was happening while I was laying there, but I was no stranger to the phenomenon, and so, wasn't scared by it.

But suddenly, something more significant than a swirling shadow caught my attention. My eyes tracked a small creature, less than a foot tall, as it emerged from under my bed, ran across the room, and disappeared through the cracked door into the hallway beyond. It had looked like a tiny version of Chucky, albeit lacking any major details in the absence of light. Apparently, I wasn't too close to sleep, as I didn't have to do any waking up to grab the covers and bring them over my head. I stayed wrapped in their safety for hours, and must have finally fallen asleep, as the next thing I remembered was the sun brightening the room.

I didn't have any other strange occurrences while we lived in that house, and I haven't seen any other tiny humanoids to this day. But there have been recent sightings (some videotaped), of gnomes, or fae, spotted around the world. I try to tell myself it was just a dream.

$120
to reach
the Goal
reaching this goal will set me up to really reward you, my wonderful subscribers, by allowing me the time to expand my content exponentially.