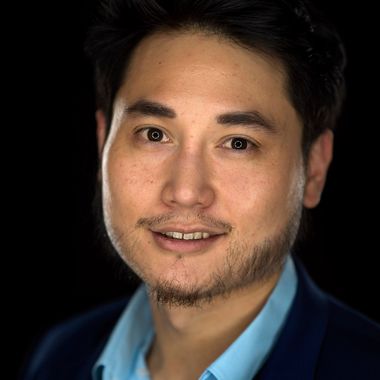 Andy Ngo
I am an independent journalist dedicated to covering topics related to the far-left and hate crime hoaxes. Your support will allow me to continue what I'm doing, as well as to help cover security costs related to continuing threats from antifa. Please message me with any comments or questions.
Subscribe
Send Message

Andy Ngo
Nearly a year ago, my book documenting #Antifa's origins and deadly violence after George Floyd died became a New York Times bestseller. Even with Donald Trump out of office in 2021, the group's violence continued. I'm excited to announce that the UPDATED paperback edition with NEW content is available for preorder. This is the perfect opportunity to pick up the book if you haven't already, or to gift it to someone who needs to learn more about Antifa. https://www.centerstreet.com/titles/andy-ngo/unmasked/9781546059578/

At $5 a month, this is the entry-level support you can provide. Get access to extended or exclusive supporter-only posts.

Get exclusive access to my behind-the-scenes photos and videos.

Get access to a private group chatroom where you can discuss stories and tips, and interact with me.

Get access to my private email so you can communicate with me directly.

Get access to a private one-on-one chatroom with me.

Get access to a one-on-one video chat with me.

Andy Ngo
Public post
Breaking report from Eva Knott and me: A trans Antifa member in San Diego has pleaded guilty to multiple violent felonies over her role in assaulting people on Pacific Beach in January 2021. The case is the first time prosecutors have sought to unmask southern California Antifa cells and expose their violent conspiracies. Read: http://thepostmillennial.com/andy-ngo-reports-san-diego-trans-antifa-member-pleads-guilty-for-pacific-beach-attacks?utm_campaign=64470
Comments (0) loading...
Like(0)
Dislike(0)

For weeks, Antifa members in Germany have been organizing to shut down a sold-out Jordan Peterson event in Berlin being hosted at a venue in the heart of their neighborhood.
Peterson is scheduled to speak at the Tempodrom on Thursday, Sept. 29. The venue is in the Friedrichshain-Kreuzberg borough of Berlin, an area infamous for its violent far-left politics and Antifa organizing. Far-left protest-turned-riots occur there nearly every year on May Day. Law enforcement officers are also routinely assaulted and injured when trying to clear the illegal anarchist-communist squats and encampments that sometimes line the neighborhood.
"Peterson has been supplying a mob of misogynist and neo-Nazis with ideology fo years," reads a post in English by the "North East Antifa, Berlin" Twitter account. "No show for sexists and racists!" The account posted multiple flyers for their anti-Peterson training and direct action events. One flyer used a photo of Unite the Right Charlottesville participants.
As Peterson embarks on his European tour, which had been postponed because of Covid-19, Antifa groups in multiple countries have organized counter direct actions, though none have turned violent so far. On Saturday, a small group of Antifa members protested his event in Amsterdam without incident.
However, Peterson's event in the Kreuzberg neighborhood is seen as a particular provocation to German Antifa, and they have already had a training date on Sept. 17 to plan how to stop him. That training event was held at the Bandito Rosso, a far-left bar and training space.
Antifa's direct action is planned for 6 p.m. on Sept. 29 at the corner of Mehringdamm and Yorckstrasse in Berlin—about a 20-minute walk from the venue. The far-left organizations listed on the flyers are North East Antifa, Keine Show für Täter and Geradedenken.
Please support my journalism.
Comments (0) loading...
Like(0)
Dislike(0)

Andy Ngo
Public post
Excited to announce that my NYT bestseller, "Unmasked: Inside Antifa's Radical Plan to Destroy Democracy," will soon be available in Portuguese for the Brazilian market. Pre-order now: https://www.amazon.com.br/Antifa-revelada-radicais-planejam-democracia/dp/6599719511

By coincidence, the Portuguese-language release of my book comes close to the Brazilian general elections. Voters there are again being told that the election is about fascism vs. democracy. This is the pretext for justifying left-wing violence.
Comments (0) loading...
Like(0)
Dislike(0)

Andy Ngo
Public post
German Antifa are going all hands on deck to try and stop Jordan Peterson's live Berlin event on Sept. 29. They've announced a direct action gathering and even had a training meeting earlier this month to prepare. https://thepostmillennial.com/andy-ngo-reports-antifa-target-berlin-jordan-peterson-event?utm_campaign=64470
Comments (0) loading...
Like(0)
Dislike(0)