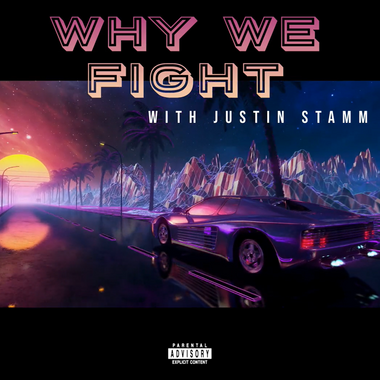 "Why We Fight" with Justin Stamm
Public post
My first of many "Top 5 Mafia Myths busted by my Godfather Vincent "Jimmy Blue Eyes" Alo and how Politics really works.

"Why We Fight" with Justin Stamm
Public post
With all the presuppositions on why we are facing the chaos we see today I present the Church's actual teaching on the purpose of the Church, the real reason of its reduced size and why those that adhere to Tradition have nothing to worry about. The Catholic haters want to say the Roman Church has lost its mantle but I clearly lay out here why that is the biggest fallacy in the world today.

"Why We Fight" with Justin Stamm
Public post
https://youtu.be/tDDnZZo6hig

In this first Episode of "Blue Collar Politics" I talk about in a simple way how we as Western Christian men share a common struggle and why a paradigm shift must occur regarding identity change before we can ever attempt a defense against those that hate us. The fallacy of book knowledge alone leads to epistemological dead ends and people who are unable to take action. There is a spiritual factor, a divine factor that has ever been present with us that is now lost. Why? Listen now

"Why We Fight" with Justin Stamm
Public post
Listen to my podcast on Anchor. Much more to come starting this April

In this video I discuss my journey back to our western tradition and faith in an age of turmoil in a desire to establish the banner in which to rally around to fight against the degenerate communist vermin and save our civilization.


I also discuss my experience with Eastern Orthodox Christianity and my decision about my choice between EO and Traditional Roman Catholicism and what I believe to be the better choice for Western Men to rally behind to find the true faith and attain victory.

$5 of $1,000
per month
In the first step of a my multifaceted and long term goals our project needs to first hit $1000 per month in revenue in order to begin the process of weening off of my current income source in order to provide leadership inspiring content for the awakening right wing that is tired of the betrayals and hungry for authentic renewal. Mid term goal for out full time committed efforts would be $10,000 per month. Soon exclusive content and materials will be available.