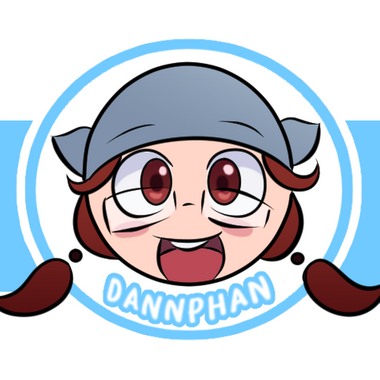 Dannphan
Welcome to the phanclub! Here you can get updates and previews on all of Dannphan's comics, such as Ellie The Eliminator, Sonic City Witch, Ogirl and new projects coming to Burning Star Comics~ https://burningstarcomics.net/ https://www.youtube.com/@dannphan
Comics
Youtube
Manga
Art
Comedy
Subscribe
Send Message

If I've been cursed to redo this comic, the least I can do is try and draw it a little better!

Hey there loyal phans! I've been super busy this year so I sat down today to see if I could make a decent schedule for when you can expect new comics to release. It may make my work life even more hectic, but hopefully this will be viable!
Now Hiring is currently in it's pre-launch stages and should launch Sep 1st. After which, I'm expected to fulfill the campaign November and hopefully get the books out to everyone before Christmas season.
However, we had also planned beforehand to do a campaign for Horizon Quest at the end of 2022. So we were planning to get a mailing list going mid September and then launch a campaign for that November as we're fulfilling the orders for Now Hiring. (Sounds crowded, I know) But we wouldn't fulfill Horizon Quest till early next year January-February 2023.
After those two campaigns are off my shoulders, I'll be releasing them both digitally to the website as well as finishing up a comedy one-shot I wrote that will be a strictly digital release (for now anyways) April-May 2023.
Next, we worry about Sonic City Witch issue #3. This will hopefully be releasing digitally in the summer June-July 2023. But I also made a promise of the print campaign to happen the same year. Each issue has taken roughly 8 months to finish, so if I do launch the same year as issue 3 is released, the fulfillment would be at least a year after the campaign launches. So if we launched October 2023, it would fulfill March 2024.
On top of all this, there's another webcomic Burning Star was hoping to campaign for, but the first volume is yet to be completed and there's only a vague idea of when it could be finished next year. So with progress of this, things might get shifted around again.
And unfortunately my magnum opus Reaper will probably be delayed till 2024.
UpdateComics
Comments (1) loading...
Like(2)
Dislike(0)

Stevenski Brewster
Followers of my oil paintings. Thank you, to all my supporters, you make it possible. Subscribers of tiers $25 or higher receive custom portraits.