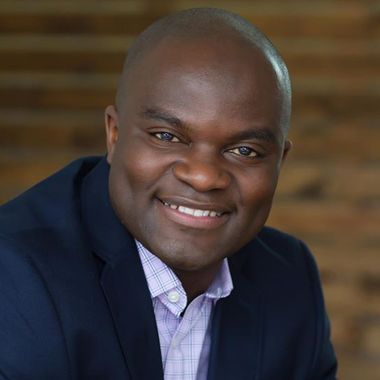 Join our crowd-funded movement to keep freedom-minded journalism and commentary available. Become a member of the Outspoken army.

Member recognition on my Champions podcast episode produced once monthly PLUS benefits of HERO and STAR level.

Mailed "Someone Had To Say It" Gear (Shirt or Mug) once a quarter. STAR, HERO, and CHAMPION benefits PLUS digital newsletter on how to Influence, master Teamwork & Public Speaking.

Limited (0 out of 30) subscriptions
Unlock

The World LOVES and changes for Christmas. It's my favorite holiday by a mile and it makes me feel fantastic inside. But, have you ever asked the question why? Why is Christmas so dominant in our lives? And more importantly.....

WHO IS THIS JESUS that Christmas is based on? Join me for this series on who he was, what he taught, and why he may be the key to freedom in our lives and communities.

HHS whistleblower reveals govt hiding adverse reactions to vaccines! Watch this before it gets deleted.

They Need Their "Wars"

When you want to be the hero; you always need a villain.

Control Freaks, who I call The Miserables, always need their kind of "war" to fight against.

The Miserables ALWAYS need a never-ending "fake war" or boogeyman that needs to be fought. They position themselves as the 5-Star General in command of the fake war effort. They yearn to be seen as war heroes, who see an ever-present dragon that needs slaying. But in these fake wars there is never in any real danger.

They lustfully want to be Maximus without ever having to really fight.

And like Commodus in the movie Gladiator, they envy and despise the truly America-first decorate war hero. He is a threat to their power and fame.

The beautiful thing about their fake wars is that their is no real danger to the fake 5-star General. There's no real measure that can signal the end of the war, so they will always be able to beat the war drum and cash in on the proverbial "war bonds" that help to fund these imaginary wars. The right war is a cash cow.

The thing with wars is that they require money to be fought. Lots of money! So these counterfeit generals request unlimited budgets, new taxes, and the perpetual donations of the common people to win their fake war. Carbon credits, reparations for modern oppression, lawsuit settlements against governments, companies, and people, fundraising campaigns, and forced donations to end protests are all ways that these fake wars rake in money. They also know that they're fighting a war that has no end.

If their is a war on climate change and climate always changes then the war will never end. It's a forever war that you can wage. No one can control the weather so waging a war against climate is a brilliant way to grift people out of billions and maybe even trillions of dollars. Al Gore's positioned himself as the General Patton of climate change and he's been raking in money ever since. There will always be males to rage against, and groups to call oppressors, or "the rich" to blame the non-rich's problems on. So these faux wars will never end.

AOC is literally a calculating woman. She's brilliant at playing the victim and manipulating others into casting her a hero for the hopeless. It's very profitable. She's won election to the U.S. House of Representatives from complaining on twitter and being the loudest liberal in her New York City borough. Now she's the media's faux decorated war General for the downtrodden of the world. She also attends $30,000-a-plate galas with a dress that says "tax the rich". She's great at speaking the slogans fake wars against the rich, but she's "the rich" that her side shrieks is the devils among us. She got paid millions from Netflix for......ummmm...being a person with a twitter account I guess. She's gotten filthy rich in America by wailing about the evil rich people in America. That is her fake war and it will never end. It's way too profitable.

The Covid Commanding Generals Fauci, Walensky, Collins, Biden and their subordinate commanders have taken full control of our society and are our new dictators. They've done a brilliant job of waging a never ending, always evolving, humanity consuming, truth re-writing, money making war against a virus. There's no end in site. There's no metric to accomplish other than total submission to their guidelines. It's also budded into a war against anyone who disagrees with their nonsense. Under their corrosion we have been forced to worship their every word, even when it contradicts the words they said the day before. The amount of money that has been transferred and made in different industries is heartbreaking, and clarifying at the same time. Big Medicine has been back-stroking in the pool of billions of dollars that they've made from those mandatory vaccines. Hospitals make thousands more for each Covid patient vs. regular non-covid patients they have. Our Covid Generals are forcing all of America to buy the medical product of a select few companies. That puts hundreds of billions of dollars on the line to be made by everyone with their hand in on the "war" effort. Don't be surprised when General Fauci and all of his demons end up on the executive boards of the vaccine companies, pharmaceutical giants, and hospital boards. Bill Gates has positioned himself as another General in the war and stands to make billions in ROI from money he invested in Covid testing. This war may be one of the most profitable yet. Control is another form of payment that The Miserables love and more of has been gained in the Covid pandemic than any other time that Americans can remember.

The Miserables need fake wars to permanently complain, fundraise, divide and control. Don't fall for their hustle. Instead be a conscientious objector to their fake war efforts.

Live your life in what is true, what creates human flourishing and freedom. Refuse to fight under the rules of engagement that The Miserables set. Our goal is to live lives of power, love, a sound mind, fearlessness and giving glory to our biblical God.

Their goal is not victory or human freedom. It's their own money, power, fame. and control. Never forget that.

Fake wars, huh...., what are they good for? Absolutely Nothing!

When the hype train make no stops in 'Resultstown'.

How we can overcome the INHUMANE treatment others that is quickly grown during the pandemic. We don't have to be divided or pitted against each other. We can work to treat others like humans and respect their bodies, which is their most sacred possession. Watch that video and share with your friends. Faith, Hope, Love, Truth and Community.

Their Slogan is "We're Scared-So You Must Hide Too"

$1,000
to reach
the Goal
Help me fund content promoting our freedom full-time. Funds provide for content, research, equipment, and editing to ensure more videos/article are published, and more often.

Three Rivers Forge
Blacksmith - forging iron by hand in order to bring a little bit of the wonderful trade to folks everywhere!