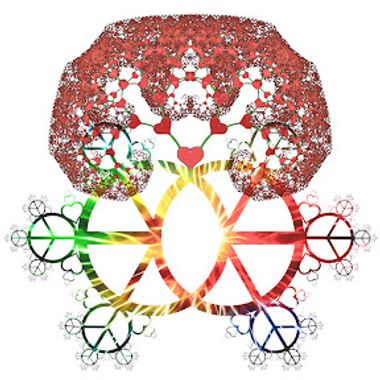 Join to support my work, and make requests for software upgrades.

If you've gotten some significant value out of my projects, and you can help out a little bit more, then every little bit helps empower me to get more done.

One Basic Server Running For One Month

If you can afford to help out a little bit more, it can really help me cover my minimal hardware costs, and prioritize more hours to these projects.

This is huge, and enough monthly support at this level could change my life and fund a lot a good work.


A team from MIT put together a fascinating study on online research communities. I loved reading it and wanted to share with others to help them try to understand my world. Some of the research communities they studied sounded adjacent to independent research and media communities that I have participated in since before the 2009 Swine Flu Pandemic. The full video includes reactions to this recent MIT study plus a review of the ‘pro-mask’ studies cited by it.

Wiki World Order
Public post
The values of open source, institutional transparency, and collaboration are abbreviated as "Wiki" in Wiki World Order. This was in reference to Wikipedia's information revolution experiment, co-opting the "World Order" toward better solutions.

Beyond such core values, recent events have helped me distill the societal problems which most deeply concern me...

Most wars are filled with fog, civilian casualties, propaganda, and fail to help more than hurt.


So please forgive me for not having more trust for a novel war started under Trump. I still mistrust the excuses/premises made for wars under every previous president at least back through Johnson.

"Over-claiming consensus certainty, attacking straw man positions, or silencing evidence-based views on scientific issues… is anti-science.
...
The fine print admits some conspiracies theories are likely true, but the headline and larger message are intended to generally discredit their study. Unfortunately, this study is almost worthless to an intelligent discussion of these sensitive and critically important issues.

People should be encouraged to study anything and everything.
...
Indeed, most conspiracies which remain ‘theories’ do seem to have whistleblowers, leaks, or significant narrative holes within certain compartments, but not enough to blow the whole story wide open."

Compartmentalized Conspiracies: Would Anyone Have Talked?

"The Manhattan Project was completed with 130,000 people and $2 billion (or $23B in 2018). For the sake of argument, let’s guess that 80% of those accomplices did not know they were building weapons that, 1) would be unnecessarily used at the end of the war, and 2) would then take the world hostage through the present day. That guess implies 104,000 unwitting accomplices. So if that really happened, then I don’t understand what makes 400–500,000 participants inconceivable, especially given communication advances since the 1940s.

Remember… One person’s freedom fighter is another’s terrorist. And one country’s peace project is usually another country’s dangerous conspiracy. Countries often try to thwart the dangerous conspiracies of other countries. Because of this, even compartmentalized peace projects by the “good guys” have similar strategic risks and vulnerabilities for infiltration and leaks as the “bad guys”. This is one of the reasons I think this case study is fair to include as a conspiracy."
Conspiracy
Comments (0) loading...
Like(0)
Dislike(0)

Wiki World Order
Public post
Follow The Science — To every totalitarian action there is always opposed an equal reaction. ;) <3

Wiki World Order
Public post
Every agency recommends that we need to occupy _______ for just 2 weeks to slow the spread of ________ of mass destruction.

Wiki World Order
Public post
Hello! My most thorough work can currently be found at https://wikiworldorder.medium.com/

But everything can be found at https://wikiworldorder.org/

And this is the latest example of my most creative styles of multimedia:
https://wikiworldorder.org/2021/04/15/doom-your-psyche-cdc-remix/

$0.00 of $500
per month
This level of support can empower me to spend more time doing research and creating multimedia.