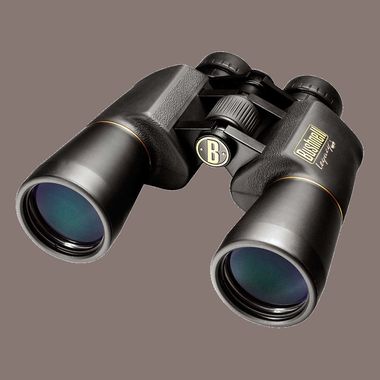 This newsletter is intended for bloggers, vloggers, reporters and an person or organization reporting on the South-West Border U.S.-MX border. This newsletter highlights stories that the Main Stream Media missed.

We highlight four (4) press releases in this newsletter. They are:

Why is this a newsletter? I can't write fast enough to write about all the stories that pass through my desk. If you know a blogger, vlogger, reporter, or are concerned about our borders, we encourage you to publish your version of theses stories were some compensation is made. That's right, write the story, make money.

Another reason for this newsletter is that to date, I have more than 200 stories that have been researched in just over 2 years. The titles and details of those are to be published at a later date. Yes, you can make money on those too.

This and Future Newsletters

1) INDICTED No Details on Illegal Alien from Dominican Republic Indicted for Cocaine Trafficking and Illegal Reentry
This was literally the last press release on Friday by the USAO in Northern New York.

2) CHARGED Purported Liberian War Criminal Charged With Immigration Fraud And Perjury
A fairly well known man from Liberia is reportedly a Former General with multiple potential war crimes. As such, he is accused of immigration fraud and lying (perjury) on his forms as an LPR (Legal Permanent Resident) and an asylum seeker. He was granted LPR status and is a Naturalized U.S. Citizen.

3) PLEADS GUILTY U.S. Army Soldier Pleads Guilty In Murder Scheme As Part of Neo-Nazi Group (#O9A)
Soilder was secretly part of an extremist organization Order of the Nine Angles ("O9A"), an occult-based, neo-Nazi, and white supremacist group. They groups as also admiration both for Nazis and Islamic jihadists. They referred to their planned attack as a "jihadi attack."

4) PLEADS GUILTY Chinese National Pleads Guilty to CyberStalking by Impersonating The Victim
Not much about the "victim" is known except that its is a female. The Chinese National enticed strangers online by posing as a young woman soliciting submissive or violent sexual relationships, including a desire to engage in racially-oriented submissive sexual conduct.

Below here are quick descriptions to the press releases with some additional detail.

Below that, there are the links to the press releases, with even more details, and some more background details on the cases - including research with related articles.

This is all we know at this time:

The accused has been in custody since May, when he was arrested on a federal criminal complaint. The charges in the indictment and complaint are merely accusations. The defendant is presumed innocent unless and until proven guilty.


We don't even know where he was busted. However, Immigration and Customs Enforcement-Enforcement and Removal Operations (ICE-ERO) was involved in the investigation. In addition, he has been in custody since May.

The accusation of war crimes are stated as such:

The press release synopsis reads as such:

MELZER planned a jihadist attack on his U.S. Army unit in the days leading up to a deployment to Turkey and sent sensitive details about the unit - including information about its location, movements, and security - to members of the extremist organization Order of the Nine Angles ("O9A"), an occult-based, neo-Nazi, and white supremacist group.

The press release reported the extent of the damage as:

The victim was forced to move to a new residence and change her phone number.

REMINDER signup with email to always get the what ia for this either. You might want to setup an alert, if you have interest.

It is unclear when we will see more on this. We are NOT watching for this person. If you are, you might want to setup a google news-alert.

>> The Liberian Army commander rejected the United Nations report in a statement issued yesterday in Monrovia. Brig. Gen. Moses Wright, head of the Armed Forces of Liberia, said the report was "blatant lies, baseless and a conspiracy only intended to frustrate A.F.L. efforts in the Liberian peace process."

>> Rebel soldiers led by a former military commander battled government troops today in Monrovia, Liberia, in a bloody attempt to wrest control of the government from President Samuel K. Doe, according to diplomatic sources and radio reports from the Liberian capital.
::
>> The U.S. official, who asked not to be identified, said that Quiwonkpa appeared to have gained the support of significant elements of Liberia's Army, which has about 5,000 soldiers.
::
Doe, he said, had control of the 200-man Executive Mansion guard and the Army's first battalion, a force of about 380 men led by Doe's cousin, Col. Moses Wright.
::
The U.S. government, long the major benefactor of the 138-year-old nation founded by freed American slaves, has about $450 million of investments in Liberia, including a major Voice of America transmission center, which broadcasts to all of Africa. None of the 3,500 Americans in Liberia was reported injured in today's fighting.

Here is a bit more from the press release

$12 per year will go a long way. Once we have some production, we will offer some advantage to subscription. For now, you're just donating to our work.

This newsletter is intended for bloggers, vloggers, reporters and an person or organization reporting on the South-West Border U.S.-MX border.

Why is this a newsletter? I can't write fast enough to write about all the stories that pass through my desk. To date, I have more than 200 stories that have been research in just over 2 years. The titles and details of those are to be published at a later date.

This and Future Newsletters

You should expect 5 things to happen in the future of this newsletter.


In addition, there are some subjects BorderObserver will be following. Let us know if you have an interest in these items, so we can make it an upcoming newsletter.

In the press release:

Alanis came to the United States unlawfully in 1992, when he was approximately 17-18 years of age, and has lived in the lower Yakima Valley since then.


Also in the press releases:

According to information disclosed in court documents and during proceedings, Alanis was a source of supply for pound level quantities of methamphetamine associated with a drug trafficking organization operating directly out of Mexico.

THEORY As refugees, they have many more rights and more financial opportunities. As such, these "refugees" had the education or finances to have them take this immigration route. It remains an open question: Were they financed by ISIS?

Also, there is not much detail on this case, but since it came out on Friday we can expect it will be months before more details are available - unless they take a guilty plead or a superseding indictment is released.

--oo0oo--
3) Reanos-Moreno, 27, of Oakland, California, Leader Of Bay Area Drug Distribution Network
This illicit-drug distributor would go out of his way to intice illegal immigrants by getting them apartments in Oakland, then have them sell drugs in San Francisco. In essence, these immigrants became street level dealers for this distributor.

RELATED NOTE The street dealer would then take a 10-to-15-minute BART ride (pubic transportation) from their apartment to street dealing (in the S.F. "Tenderloin").

RELATED NOTE The 9th Circuit Court - four months earlier -  "struck down" a law that makes it a crime to encourage illegal aliens to stay in the U.S.

Interesting that he lived on the Eastern entrance to the 'Yakama Indian Reservation' in Mabton, Washington. No additional details at this time on that.

Worth noting, six years earlier, in 1986, President Reagan signed legislation to pardon all illegally present migrants at the time. Two (2) related links below.

Most people do not know.

FROM the press release:

Reanos-Moreno, 27, of Oakland, California, pleaded guilty to the charge on November 10, 2021, without a written plea agreement.  According to court documents, Reanos-Moreno was the leader of a vast network of street-level drug dealers who sold drugs in the Tenderloin neighborhood of San Francisco.  Documents filed in connection with Reanos-Moreno's sentencing describe a sophisticated operation that provided drugs for resale and housing for street-level dealers in Oakland who then commuted into San Francisco where the drugs were sold.

In pleading guilty, Reanos-Moreno admitted running his network of dealers from at least January 15, 2019, to July 31, 2019.  Described in charging and sentencing documents as "redistributors," Reanos-Moreno supplied these individuals with heroin, methamphetamine, cocaine, and cocaine base. In exchange, the dealers were expected to purchase drugs for resale from only Reanos-Moreno.  The dealers called Reanos-Moreno on a nearly daily basis to place orders for re-supplies of drugs. Reanos-Moreno's role as the head of the organization involved sourcing the drugs from Southern California, renting houses and apartments for dealers, and managing customer relations. Reanos-Moreno used undocumented street-level dealers and used his knowledge of immigration laws to threaten dealers who did not sell enough narcotics for the organization.  The government's sentencing memorandum concludes that Reanos-Moreno "used his legal immigration status, his knowledge of real estate in the area, and his ability to pay upfront costs such as deposits on apartments as a means of both enticing street-level dealers to work for his organization and then holding their feet to the fire to ensure that they sold enough drugs or else they would lose their housing or face potential legal jeopardy."


ADDITIONAL RELATED NOTES
In addition, there are four (4) related news articles in a separate article; headlines to those articles are below. We've tweeted all four articles previously.

One (1), AFTER the recall
Chesa Boudin Recall Is the Beginning of a Backlash

Two (2), BEFORE the recall
The case for recalling DA Chesa Boudin: There isn't one. But that hardly matters.
DA Boudin and Fentanyl: Court Data Shows Just 3 Drug Dealing Convictions in 2021 as #Immigration Concerns Shaped Policy

One (1), RELATED to reduced charges for said case; #Headline_changed.
(9th Circuit) Court strikes down federal law making it a crime to encourage (#IllegalAliens) to stay in the U.S.

DM me on twitter I will put up the links on the blog.


With the first story, we comb through our stories and mostly through stories others so we can get you some real numbers -- not the wild speculation we often see.

With the second story, we look at one DOJ prosecution that involved an entire family and they were only getting a cut.

The Border Observer
Public post
A new series of videos is #now in the pipeline. This series is all the available videos about the #protoypeWalls done in late 2017. There will be early access to subscribers. Details will be publicly available just before xmas.
Comments (0) loading...
Like(0)
Dislike(0)

The Border Observer
Public post
Starting Monday 9 Dec 2019 & for two weeks, 7 FAQs will be tweeted per day. After that, tweets will be on posted on a 30 rotating schedule.

As we add new FAQs, they will get their own highlights.

The Border Observer
Public post
On Weds Dec 4, 2019 starts a new series starts with video from the YouTube creator AboveTheLanes. There are 20 videos in the pipeline. The blogs will stretch over 5 days while the videos themselves will be put directly into the #quikTake series as qt-wall-vid on twitter.