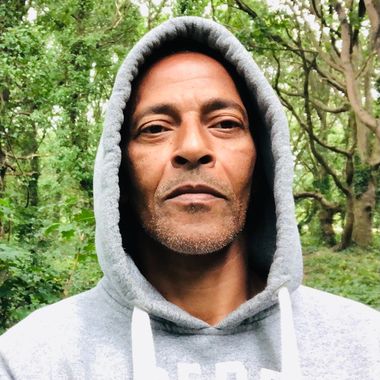 The Yoga Brother
Knowledge becomes power only when we take action. Here, I offer to share the wisdom and technique that I have been fortunate to discover and that help me think wisely, act authentically and love unconditionally.
Wellbeing
Movement
Fitness
Yoga
Empowerment
Subscribe
Send Message

Join to get access to golden nuggets of yoga wisdom - photo tutorials, articles and quotes (this subscription does not give access to the video tutorials).

Move your Body, Calm your Mind

Harness the transformative power of yoga. This subscription offers you to receive all videos : postural tutorial, classes, meditations, interviews and talks that touch spiritual practices for healing and transformation. You will also have access to contact that would usually only found in specialised workshops and trainings for yoga teachers. From time to time, guest will be invited to bring their stories and expertise to contribute to the journey of the Spiritual Warriors…

The Yoga Brother
Public post
PAY ATTENTION!
Wake up from the hypnosis

HAPPINESS in this world


True happiness exists only in allowing the experiences of both joy and sadness to  move us, without clinging on any of them…

The result is mass apathy, consent and diabolisation of the dissident voices…

Straight from the Government


The British government has spilled the beans about that fact that once you get double jabbed, you will never again be able to acquire full natural immunity.

In its Week 42 “COVID-19 vaccine surveillance report,” the U.K. Health Security Agency admitted on page 23 that “N antibody levels appear to be lower in people who acquire infection following two doses of vaccination.” It goes on to explain that this antibody drop is basically permanent.

We know the vaccines do not stop infection or transmission of the virus (in fact, the report shows elsewhere that vaccinated adults are now being infected at much HIGHER rates than the unvaccinated).

What the British are saying is they are now finding the vaccine interferes with your body’s innate ability after infection to produce antibodies against not just the spike protein but other pieces of the virus. Specifically, vaccinated people don’t seem to be producing antibodies to the nucleocapsid protein, the shell of the virus, which are a crucial part of the response in unvaccinated people.

In the long term, people who take the vaccine will be far more vulnerable to any mutations in the spike protein that might come along, even if they have already been infected and recovered once, or more than once.

The unvaccinated, meanwhile, will procure lasting, if not permanent, immunity to all strains of the alleged virus after being infected with it naturally even just once.

0.0%
collected
to reach
To help upgrade filming capabilities (venues, equipment) and also to travel to meet teachers and people to feature here to contribute with their expertise to my subscribers journey.

Three Rivers Forge
Blacksmith - forging iron by hand in order to bring a little bit of the wonderful trade to folks everywhere!