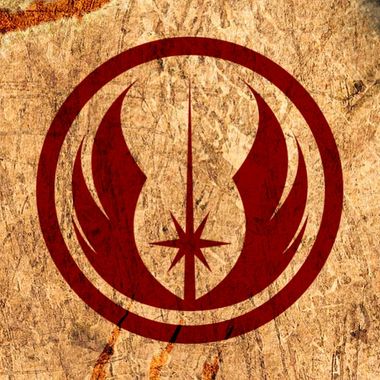 The Scoundrel's Cantina
This is a Star Wars "animated" short film made in the Jedi Academy Mod called Movie Duels and is considered a Machinima. The story is based on the Star Wars Marvel (1977) Comic series, issue 81 which is where the story of Boba Fett's escape from the sarlacc is first seen which was in a comic released in 1983. There are a few things we added to the original story which would make it a bit longer and would only add to the story of how Boba ended up on the Jawas sandcrawler and had short term memory loss after all the fighting and the injuries. We hope you enjoy our first Star Wars Expanded Universe based short film as it took us many months to get it made with over 360 different files being used to put it together. We plan on making more EU based content like this, so please consider supporting us on Patreon and all the rest of the platforms linked bellow as it's been very hard lately making a living on YouTube and we would love to do more stories like this. To our very few Patrons and hopefully more to come to keep us going, if you want we will send you a digital copy of this short film and all the ones to come. Thanks for all the support and God bless you guys!

A Surprise To Be Sure

You will have access to almost everything we ever post on Patreon like audio files of future lore videos as well as machinima scenes that we make for our fan films. You will also get to see very early rough cuts of those fan films weeks or even months before they are done (if you want to be spoiled).

You will get everything that the first tier has as well as Community post shoutouts of your name as well as becoming a livestream moderator. You can also join our discord and message us directly. Since we already give quite a lot in our first tier, with the second one you have our gratitue for supporting us in our quest to create quality content.

Here you will get everything from the previous tiers as well as early access to both videos, audio files of lore videos, machinima and scenes for future fan films that we'll be making. Also our gratitue for supporting us in making quality content and being able to make a living from it :)

I Have The High Ground

You will receive everything from all the previous tiers. Also you will be able to have a monthly discord chat with us personally. Overall, this tier will allow us to make more fan films without the presure of needing to find a job apart from YouTube. Thank you & God bless!

You will receive everything from all the other tiers & so far we have yet to think of what else we can give in return. This one is still a work in progress for now, but whoever is so generous has no idea how much they helped us survive and keep on doing what we love. Thank you!

The Scoundrel's Cantina
Public post
This is a new project we are working on! If you want to support our work and allow us to be able to do this full time, you know what to do ;)
https://www.youtube.com/watch?v=ey-vErdNuDQ&ab_channel=TheScoundrel%27sCantina
StarWarsObiWanKenobiFanFilmA39SharadHettDatrhKraytTatooine
Comments (0) loading...
Like(0)
Dislike(0)

The Scoundrel's Cantina
Public post
Since we are struggling with our revenue lately (every since US started taxing us 30% of everything we earn on youtube since 2021) we have decided to fund this project and when we say fund we mean that we need money to survive while we work on this. First we want to create a mod for this character and then we will film the stories that we have come up with. Anyway thank you all for the support guys!

$100.0
THE GOAL
REACHED!
We have a YouTube channel where we upload this stuff although YT has become a very unsafe platform where free speech doesn't exist. When our channel eventually gets shut down we want to have a backup plan and this is one of them. We would love to continue our dream job if possible here so whatever you give us will greatly help out in making for both fun content and some important serious stuff to inform you of the dangerous world we live in. Like we said YouTube doesn't allow free speech that doesn't align with leftist ideologies. Thank You!
$787
to reach
the Goal
If we are ever able to reach this ammount of earnings per month, we can finally do what we love full time and every single day as a regular job. This would mean much more content on our channel then we usually do. Keep in mind there are two of us and we both take care of our own families, so this would be just about enough to keep it all going. Thanks for helping us achieve this goal, God bless you!