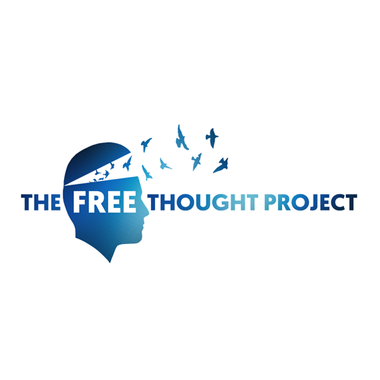 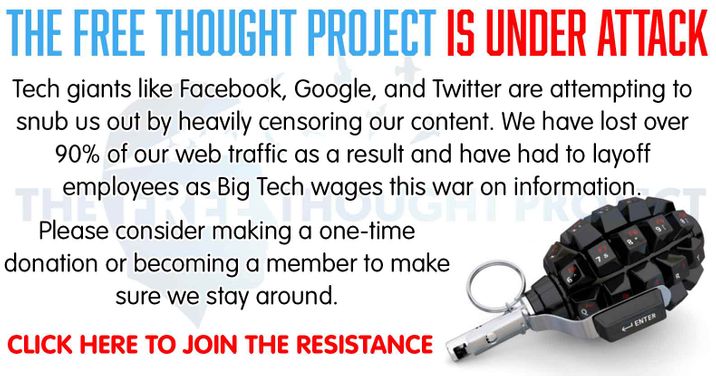 Man Uses Stimulus Check to Start Community Farm, Teach Others How to Get Off Gov't Assistance


Over the course of the pandemic, millions of Americans received two measly checks as part of the government's "stimulus" package. The amounts were laughable and amounted to just a few dollars a day and could barely pay for anything. One man in Florida, however, decided to do something with his check that is now serving as a lesson in sustainability and independence. He started a home garden and is helping to free his neighborhood by teaching them food freedom.
Instead of blowing his stimulus on useless consumer items, Tampa, Florida, native Michael “Spirit Mike” Chaney used it to start a revolution. Chaney said that after watching people fight over toilet paper, bleach, and food at the grocery stores during the pandemic, he knew he had to do something.
“If the stores don’t have food, what am I going to do? I don’t know how to hunt. At that time I didn’t know how to fish,” he said. “I didn’t know anybody that grew anything or had the knowledge to grow anything.”
So, he decided to learn for himself, and apply that knowledge to a .3 acre plot of land he lives on. Chaney used his first stimulus check to buy the infrastructure for his farm and a few plants and it has grown from there. He is now showing his neighbors how to use their government subsistence, and even food stamps, to become independent.
“If you use that government assistance all you need is a plot of land; use that assistance and buy 4/5 plants a month and at the end of the year you don’t even need the assistance anymore. You have an orchard.”  Chaney said.
Chaney explained when his garden matures, it will give him all the nutrients he needs to survive as well as help others.
“Because I’m in my infancy mode, the few products that come out, I just give them away to the people so they will get a feel for the quality of plants.”
Since Chaney rents his property, all of his plants are in pots in case he has to move. However, that hasn't stopped him from building a chicken coup with 9 chickens.
“Essentially for less than the money you got for the stimulus you can have a [chicken] pen, 10-15 chickens, eggs and meat. You have generational food by a little investment, time and effort,” said Chaney.
Cheney says he composts all of his food waste and hopes this will make his food cost zero.
“My aim is to make my food cost zero. So, my food scraps go into the soldier fly larvae bin, they eat that and produce more larvae. Those larvae get fed to the chickens. The chicken produces eggs, I sell the eggs and eat the eggs; life is good,” he told Atlanta Black Star.
Now that Chaney has figured out how to feed himself, he is going further than just giving away his excess to his neighbors. He has launched an entire campaign to "provide an independent, black owned, total organic and local urban neighborhood food farm."
He is going to launch an advertising campaign to teach others how to use their food stamps to buy fruit and vegetable plants so that they can eventually free themselves from the dependence on government assistance.
As WMNF reports, Chaney said he hopes to have the biggest impact on the neighborhood’s children. A felon since the age of 16, Chaney, now 42, spent almost 12 years in prison. But he hasn’t let that slow down his positivity or hope. He’s been out nearly a decade and good behavior got him off probation early. Even if he reaches his goal of getting himself a few acres in East Hillsborough, he said he’s keeping that first garden on 23rd Avenue right by the train tracks.
Keeping kids healthy and off the streets is the big goal.
“If all of your successful people move out of a community and all you have is the dredges, what do the kids have to look up to?” he said. “So I’m staying. I’m gonna get that land but I’m still gonna stay because the kids need a positive role model to look at. They need a place.”
If you really want to change the world for the better, yelling your political thoughts into people's faces is far less effective than actually building something like Chaney is doing. One cannot shout the system out of existence. However, through agorism, you can build and practice a new system, thereby showing the obsolescence of the old. We are seeing this everywhere and its effects are quite literally changing the world.
Google 'agorism' or 'counter-economics' and build or join communities who act outside of the state.
If you would like to help Chaney in his fight to foster independence from the state in his neighborhood, you can do so at his GoFundMe campaign here.
Comments (0) loading...
Like(0)
Dislike(0)

Pulling on the heart strings of Americans on Valentine's Day, President Joe Biden urged Congress to implement unprecedented gun bans, magazine bans, ammo bans, and going after gun manufacturers. He pushed for these draconian measures by evoking an emotional reaction, through the exploitation of the Parkland shooting.
“The Parkland students and so many other young people across the country who have experienced gun violence are carrying forward the history of the American journey. It is a history written by young people in each generation who challenged prevailing dogma to demand a simple truth: we can do better. And we will,” Biden said in a statement.
“This Administration will not wait for the next mass shooting to heed that call. We will take action to end our epidemic of gun violence and make our schools and communities safer. Today, I am calling on Congress to enact commonsense gun law reforms, including requiring background checks on all gun sales, banning assault weapons and high-capacity magazines, and eliminating immunity for gun manufacturers who knowingly put weapons of war on our streets.”
For those who remember, this was a tactic employed by Donald Trump as well, who took to his pulpit after Parkland to call for removing due process.
"I like taking the guns early like in this crazy man’s case that just took place in Florida ... to go to court would have taken a long time," Trump said at a meeting with lawmakers after the shooting.
"Take the guns first, go through due process second," Trump said.
In the afternoon on Feb. 14, 2018, a man identified by authorities as Nikolas Cruz, now 22, walked into Marjory Stoneman Douglas High School and opened fire with AR-15 rifle. The shooting left 17 dead, including 14 students. Since then, this tragedy has been exploited by the anti-gun crowd as a means of removing guns from the hands of law abiding citizens. Dozens upon dozens of "red flag" gun laws and other such bills have been passed and are being used across the country.
Although the ostensible intention of these laws is to stop a future tragedy, it is important to point out that there were already laws on the books that should've stopped Nikolas Cruz from ever getting a gun. This is a fact that is ignored by Biden and the rest of the anti-second amendment ilk.
Citing Cruz as the reason for advocating the erosion of the 2nd Amendment, the anti-gun activists are claiming he should've had his guns taken which would have prevented the tragedy. Sadly, however, they are ignoring the fact that he was accused of multiple felonies—and should've never been able to purchase a gun in the first place—but law enforcement failed to act on any of it.
According to a report by CNN, records obtained from the sheriff’s office by CNN show the law enforcement agency received at least 45 calls for service relating to Cruz or his brother from 2008 to 2017.
As TFTP previously reported, Cruz warned that he was going to shoot up a school and kill people and the FBI did nothing. “I’m going to be a professional school shooter,” A YouTube user named Nikolas Cruz commented on a video on Sept. 24, 2017. The video was posted on the channel “Ben The Bondsman,” and the owner, Ben Bennight, immediately took a screenshot and submitted it to the FBI. Nothing happened.
While this is bad enough, the Sheriff’s department records show that police were given this exact same warning—a year before—because Cruz had been declaring his wishes to shoot up the school publicly.
According to the records, in 2016, a neighbor warned police that Cruz posted on Instagram that he said he “planned to shoot up the school.” The person who made that call came forward in March and said that she begged the sheriff’s office to intervene. Instead of intervening though, police told her that they couldn’t act until Cruz actually did something.
The incompetence is staggering, especially given the fact that making a direct threat of violence is illegal.
A few months after he said he wanted to shoot up the school on Instagram—because the police failed to heed this warning and the dozens of other ones—Cruz bought the rifle he would use in the shooting—none of the gun control laws or the actual laws on the books designed to stop him from getting a gun worked.
In Florida, if a person making death threats intends for the victim to fear for his or her safety, specifically fearful of death or bodily harm, it is considered a credible threat under the law, which changes the crime from stalking, a first-degree misdemeanor, to aggravated stalking, a felony of the third degree. Cruz was reported at least 4 times for this very crime before he bought his AR-15 — and police did nothing.
The reactionary nature of disarming Americans because deranged psychopaths kill people is dangerous and only serves to keep the guns out of the hands of law abiding citizens. Moreover, deranged psychopaths don't even need guns to cause mass death.
Biden has been outspoken about his desires to disarm Americans and gun-control advocacy groups are pushing both executive orders and legislative packages to make sure this happens. As Democrats control both chambers of Congress and the White House, these actions have an even better chance of getting rammed through.
Comments (0) loading...
Like(1)
Dislike(0)
See something you like? Subscribe to see even more!
Subscribe Now
The subscription gives you: