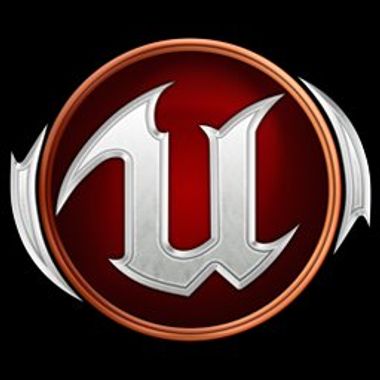 Leon - Unreal Engine Framework Developer
Greetings! I am an Unreal Engine Developer that is aiming to create Extremely Detailed Frameworks that people can use to create games, even if they don't know how to code or never used Unreal before!
GameDevelopment
UnrealEngine
Template
UnrealFighter2D
Framework
Subscribe
Send Message

Download link is in the related post about the release and in our Discord! (Need to link your discord to Subscribestar to see the "download links" channel in "Subscriber Corner" in our Discord.)

Welcome to my SubscribeStar page!

This SubscribeStar page was created so people that wants to make game(s) with my Unreal Frameworks can support me financially. Being a subscriber in the end is a good thing for everyone!

It's good for You because;

It's good for Me because;

I never used Unreal Engine before!

Then I got good news for you; my Frameworks are developed exactly for people like you. Knowing how Unreal Engine works is a plus but NOT a requirement. I know you can just be someone who wants to make a Game of your dreams. Frameworks themselves include all the systems required to make the game itself. I coded all the stuff that is needed, so you don't have to.

But how easy the Frameworks will be to use?

This might be the question you might be asking. They are as easy as linking nodes to make things happen as you will be using Blueprints (Visual Scripting Language of Unreal Engine). Here is a small example from Unreal Fighter 2D, an upcoming Fighting Game Framework.

As you noticed, Frameworks will contain hundreds of those Nodes that you link and change their values. There will be also a large amount of tutorials and explanations to help you! ^-^

What is the currently focused Framework?

Current upcoming one is Unreal Fighter 2D. An 2D Fighting Game Framework that you can use to create your own fighting games. 3D Stages and effects are supported as Unreal Engine itself already does.

Here are some of the features;
1- UF2D contains all the functions needed for Character Swapping or Assist Calling which are needed to make games such as Marvel vs Capcom.
2- Total of 4 Teams are supported.
3- Fully Detailed Arcade Mode and Versus Mode. Story Mode which allows Fighter(s) to be able to freely roam around maps(s) and trigger events/fights is there too!
4- Palette System where colors are automatically indexed so all you need to do is just providing the Palettes as image files, or create the palettes in Unreal Engine!

And much more! In a few months Community-Beta will be open as well!

How will UF2D be released?

At Release UF2D will include everything that is showcased so far. However not all the parts will have tutorials and explanations in Early-Beta Phases. Subscribers will gain access to these. Each Phase will focus on different parts of the Framework.

For example, First Phase (0.1.0) will focus on Character Creation. We will focus on developing Fighters as I clear bugs, add missing features if there is any etc. As this Phase gets very stable, I will be preparing tutorials and explanations for Second Phase which is about Stage Creation and so on.

Surely other parts I deem "untested by community" will be there. For example curious minds can check how Arcade Mode works but they need to know that the time to test it will come at a later date. Eventually version 1.0 will declare "Stable for Game Creation" and Framework will become ready as time goes on but development will last forever. ^-^ (I am looking at you, Rollback Netcode.)

What are the future plans for the Frameworks?


Stay tuned and thanks for your time! ^-^

Thank you my friend. As promised, this is the minimum I kindly ask for you to give per month to use the Frameworks I make.

You really want this to be a reality. You waited for a certain Framework for so long. No worries, it arrived and it's staying alive thanks to your generosity.

You are leading others. Being an example. This is a burden you do not need to bear yet you still do.

Use this tier if you really have a serious plan about any Framework I am developing and I will see to it personally that what you need will be there as long as it fits the said Toolkit.

$399 of $5,000
per month
Only one goal to reach to let me do this full-time so I can purely focus on important stuff such as rollback net-code and Unreal Fighter 3D.