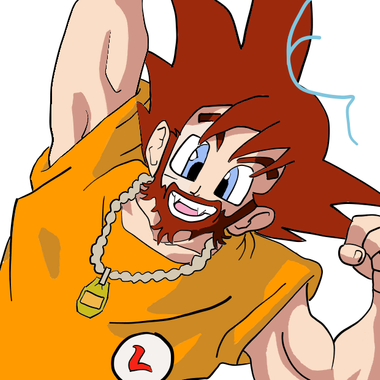 Electricfying Wildlian
I'm just a guy that always wanted to be a hero and is trying to do so through art.
Art
DigitalArt
Fanart
Subscribe
Send Message

support me with $1 USD a month!

Support me with $3 USD a month!

Support me with $5 USD a month!

Look out for the dreaded Rugaloo!


"I had a coat made for Amanda of LeeandLie for her as a sign of friendship. It look cool plus, It'll offer protection from the harsh weather of the Great Lakes area, especially the U.P. (Upper Peninsula), where I'm located"
ArtLeeandLieAmanda
Comments (0) loading...
Like(0)

Wildlian wandered into Lorelei domain(at the time) and interrupted her rest sitting under a waterfall. She was about to hit him with a blast of water but then recognizes him. Turns out Lorelei knew him when he was younger.
Art
Comments (0) loading...
Like(0)

"Rivers in a Desert"

This was inspired by LeeandLie's cover of "Rivers in a Desert"

(Within the Palace of AmaLee, AmaLee has power over the Leegion. And while she is unable to turn Wildlian into a mindless soldier, she was still able to block or restrict most of his powers to the point that he had difficulty using them.

Wildlian manages to make his way to AmaLee and her Elite soldiers, where they were seemingly able to defeat him without too much trouble bu then, Wildlian power manifested in the form of a persona (thanks to the "Miraculous Saiyan Power" and the power of the Wild Card).