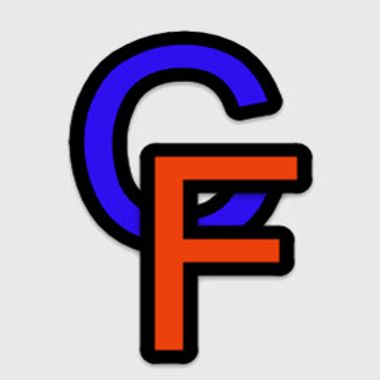 Captain Frandad
I'm a gamer born in the 1960s (ish). I have been playing video games since the late 1970s. I produce gaming videos, sometimes co-starring a small person who often teaches the old fella how to play the games. I post my videos to both YouTube & BitChute.
Gaming
Subscribe
Send Message

Captain Frandad
Welcome to my SubscribeStar page, and thank you for checking it out. I'm just starting out on my subscription offer so at this stage there is only one tier - the basic subscription tier. What do I plan to do with any money raised here? Reinvest it in my video creation to enable me to commission an artist to come up with some unique channel branding; improve my video editing tools to make my videos more professional and interesting to view; and eventually support giveaways for my best supporters. Thank you for your support.

Captain Frandad
Public post
A quick update: I have not gone away, nor has this page or my YouTube, BitChute and Facebook pages. However, at the moment I am finding it difficult to get traction for my videos and I must conclude that, for now, there isn't much (if any) audience for the videos I have been producing. Therefore, it's only fair to ask people not to subscribe at present, but to ask that if you are interested then please post a comment or send me an email to let me know of your interest. I will then ramp up the activity to justify your interest and putative subscription.

Captain Frandad
Public post
If you have found your way to this page and are thinking about subscribing, then firstly, thank you very much.

You will see that my content updates have been sporadic recently, and that is mainly because I haven't achieved much traction with this site yet.  All the things I had planned for this site are temporarily in suspension until the site starts receiving more traffic.  Once it does, then I will crank up my output and make it worth every single penny that subscribers contribute to the site.

Hulkie and I have done a stream of Cacti Canyon in Minecraft Dungeons and Grounded (https://youtu.be/ZhTacq2wCXA). It would appear that the graphics detail in Grounded was such that my stream settings couldn't handle the amount of data that was being streamed so I am going to look at lowering the bit rate to enable me to do a proper stream or review of Grounded thus far.

Last week I finally found out how to set up an undersized group for dungeons in Final Fantasy XIV. I can now use this to level up and train my Blue Mage. I'm looking at doing a stream/recorded video for this game too, but just need to consider what subject matter and how best to approach it.

I'm pleased to announce that video 2 in our "Plus 1" Minecraft Dungeons series is now available o...

Captain Frandad
Public post
This morning my profile was approved so I'm posting my first message to bring you up-to-date with the current state of gaming in the Captain Frandad bubble.

At the moment my current game playing includes Final Fantasy XIV (FFXIV); No Man's Sky (NMS); Ghost of Tsushima (GoT); and Grounded (Game Preview version). I'd welcome feedback on which of these should be the subject of my next series of videos as I'm a bit undecided at present.

Of these games I think GoT is my current favourite and has some very emotional storylines in it. FFXIV also has some very good story lines, but I've not felt the same emotional pull I get from GoT. I know there is currently some gaming rage in the form of a battle between fans of Ghost of Tsushima and The Last of Us Part 2 (TLOU2), but from what I've seen and read of TLOU2 it won't be a game I'll be buying: I don't want to play a game that seems to be deliberately designed to make its players miserable and uncomfortable, which seems to be a big reaction to that game so far.  So, I won't be getting involved in the GoT v TLOU2 debate. No thanks.

For the "Plus 1" series, Hulkie and I are gradually working our way through the dungeons in Minecraft Dungeons. We already have Soggy Swamp done and uploaded https://youtu.be/qE5DzLbJBnI, and I'm editing Pumpkin Pastures with a view to releasing w/c 17.08.20 - subscribers will get three days early access to the video.

Whilst I'm here, can I draw your attention to part 10 of my Stellaris series https://youtu.be/aHXQOmsG6TY. Although this is the final video in the series and will therefore give some spoilers for earlier videos in the series, it is the one that I have fully and properly narrated, and I would welcome feedback on whether that style is one I should use more often going forward.

Well, that's it for now. Thanks again.

0.0%
collected
to reach
To set up a subscription for an on-line library of video resources. This will include additional sound effects, animated graphics, intros and outros: all to enhance the impact of scenes in videos.
0.0%
collected
to reach
Upgrade and annual maintenance agreement for my video editing software. This will enable me to annually upgrade the editing suit I use.