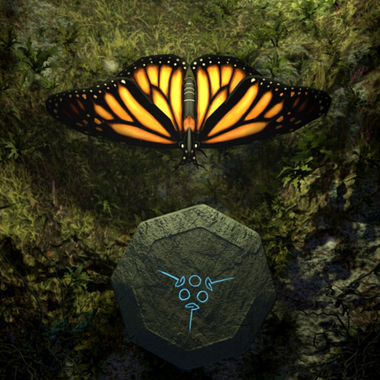 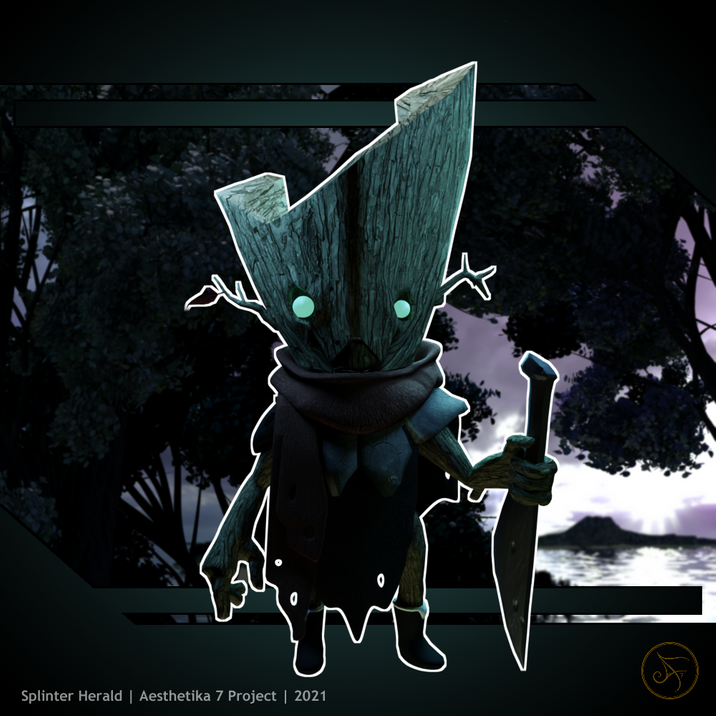 Azden Ashenmoore sits at his makeshift work-station, crafting Fire-Runes. As his Father, Jakob, meditates inside of Cap'n Russ' cabin, his curiosity is piqued by a strange little creature scurrying about on the fields above the cove. After being noticed, the small Splinter runs to the edge of the Glen, eluding Azden's grasp and escaping into the treeline.

Azden stops short - despite the adventure that calls from his heart, and the thrill of the chase that led him there, his Father had expressly forbade him from leaving the safety of the meadow on the cape. The Glen beyond was known for having all kinds of wildlife, many of which wouldn't think twice about gobbling up a young man like him. Before Azden can retreat back to the safety of the cove however, another figure bursts from the brush, carrying a small bundle and calling the boy by name.

Bewildered, Azden is barely able to ask how this stranger came to be there (Or how he could possibly know the boy) before being passed the bundle and told to flee. Just as quickly, this intruder and his Stag disappear in a burst of flames, leaving Azden alone with what appears to be a sleeping baby! Her ears are slender and pointed, and beside what he perceives to be a sleeping spell is nestled a dozing Monarch Butterfly, the Crest of the Western Dryads. Mere moments pass before another being descends from the shaded canopies of the Glen. Azden is beset by a hoard of terrifying Spyder Devils, screeching and flailing desperately to retrieve the small bundle in his arms. Barely escaping their clutches, Azden calls out for his father to protect him. Lucky for Azden, Jakob knows a thing or two about the art of battle - through spellfire and rage does Jakob ascend, tearing into the ashen beasts with the cold resilience of a seasoned veteran.

Aesthetika 7 Project
Public post
Makeshift Study
The quaint study of a Runesmith and his apprentice, hidden away somewhere in the wilderness of Alowai Island - far from the reaches of the stalwart Centurions of Zikonn.

The Assets were all made in Blender minus two of the three books (Courtesy of Poliigon's 3d models)
MakeshiftStudy
Comments (0) loading...
Like(0)
Dislike(0)

Aesthetika 7 Project
Public post
The horrifying Spyder Devil - once a mortal being of the Great Mother, now perverted into a blind and flailing monster, forever torn between the dark whispers of its ancient master and the wrenching hunger pangs of a foreign new instinct.