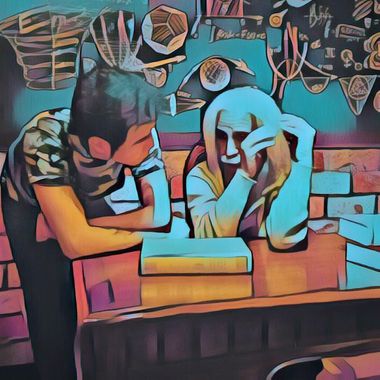 Alden Myro
I’m a newbie writer who is still in the process of learning and unlearning.
Novel
Poems
Subscribe
Send Message

Alden Myro
Hello there!
Thank you for taking the time to visit my SubscribeStar page! I really appreciate it! To make your visit worth your while, allow me to explain what this project is all about.
I launched this personal endeavor as a means for my creativity and imagination to manifest into reality. I will be writing poems and serialized fiction novels about topics here and there that I find interesting. With all these, I intend to bring a wee bit of inspiration into our otherwise monotonous day-to-day routines.
Just to give you a heads up, I’m no expert in any form of writing! I have no formal training whatsoever to vouch for me. And, to be honest, I suck at it. I will simply be sharing the results of my writing experiments on a regular basis whether it be: finished or unfinished, edited or unedited.
I intend to become a better writer at some point somewhere through this entire process. And since I'm not even quite sure how to get from point A to point B yet, I'll take my cue from Brian Clark, a British playwright. When Mr. Clark was asked for his top ten tips to become a better writer, he said:


This whole endeavor will showcase the path of my continuous learning experience. And my goal, since then and until now, is not to become an expert. Instead, my life remains a work-in-progress mainly because of the continually evolving nature of the world around us.
Feel free to share your comments and reflections in the spirit of kindness. I aim to keep this space free from conflict and full of positivity with a miniscule dose of reality that we call “constructive criticism.”
As Ralph Waldo Emerson said, “Life is a journey, not a destination.” Let me define life the way Neil Gershenfeld defines building models: “a never-ending process of discovery and refinement, not a war to win or a destination to reach.”
This is my life's journey! I would like to share it with all of you kindred spirits, like-minded guys and gals out there. I'm fervently hoping that this lifelong endeavor I'm embarking on will, in some way or another, be entertaining or useful to you, too (as you walk through your lives in your own unique ways, through the pathways and byways only you were created to trek)
Here's our salute to life (with all its surprises, the twists and turns that make every day such a joy to wake up to
Sincerely yours,
Alden Myro
PS: I'm pretty open to constructive criticism. I am always on the lookout for ways to improve your reading experience. Please don't hesitate to bring to my attention any incorrect punctuation, grammar and word usage, misspelled words, syntax and typographical errors that you might find anywhere in my writing. After all, "the only permanent thing in the world is change" and a writer's real work begins with each rewrite. Let's help make this world of words, pardon the cliché, a better place!

Thanks for the coffee treat! I really appreciate it. Cheers!

Thanks for the coffee + snack treat! You're the man/woman! May the force be with you!

Join to get full access to my content. Thank you for your support! You're one awesome, beautiful and extraordinarily kind human being!

Soul Fragment Series - Book One: Chapter 1 - A Rather Peculiar Situation

The Exiled Prince - Chapter 19: Something Peculiar