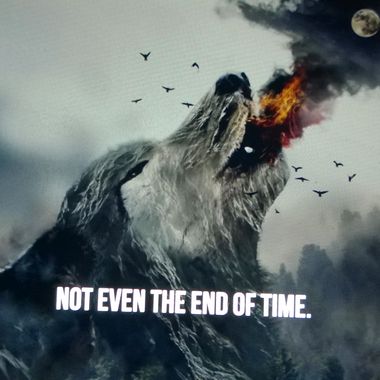 Wolflyn
If you want to be uplifted and have your eyes opened to another world, then I am here for you. Not everything is bad. I'm an author and a storyteller as well as a partial animator. Here you will find short, animated stories using Renderforest. Enjoy.
Subscribe
Send Message

Wolflyn
Public post
A few of my characters from Adventures of Hopper have decided to drop in and say hello. First up, we have the fearless Sixth Star. Now, she may be 22, but she has been through a lot. Raised to bring hope and light to people, she does her best to do just that. Even if it means siding with a misunderstood enemy. What can I say, she sees hope and life in everybody. Now a Hopegiver, she is tasked with bringing lost souls and others that are deceased back to life through the power of love and hope.

Adalyn: She may be 14 and on the younger side, but don't let that stop you. Running away from home at age 10 because she didn't believe her parent's beliefs anymore; she has to make a name for herself. While the rest of the world only sees her as a monster and a witch, she struggles to find the balance between love and punishment. Always picking love over punishment, the sneaky Shadow has still been able to turn everyone she loves against her. Truth be known however, everybody who is against her, secretly turns to her whenever they need someone to love.

Wolf: The hidden adopted brother of Shadow, he believes strongly in family and that weakness cannot be accepted. In order to receive help; you must first show you have at least tried to get through. Shadows family may be strong and powerful with magic on their sides, but Wolfs family are all Purebloods and animals. Wolfs, Bats, Snakes, Hawks, and other. Thing is, Wolf's family may be stronger physically and all around then Shadows fam; he nor his family uses their strength to divide and conquer, but only to protect and serve.

Adelheid: The angel sent down of want to live with the humans; she may be 16, but she still has a lot to learn. Wanting to explore the true side of life, she gives up her rights as princess and journeys with Sixth Star and Adalyn to seek out Truth.

PencilMaestro
I'm an artist from Serbia. I make drawing videos and tutorials. Drawing is my hobby, and you should have one too!
This website uses cookies to improve your experience while you navigate through this website. Continue to use this website as normal if you agree to the use of cookies. View our Privacy Policy for the details. By choosing "I Accept", you consent to our use of cookies.