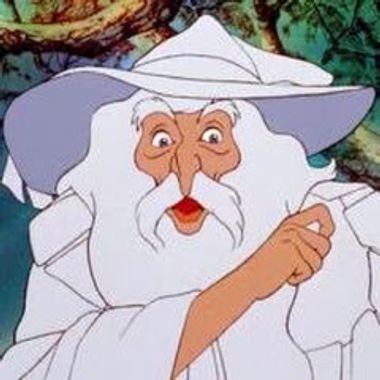 You know what's funny. I first thought that the reception to this episode was worse than 2.3. There didn't seem to be as many people at the premiere, none of the familiar faces I would have expected (e.g. Virtua, MemeKirisame, Dashie, etc.), and not as many comments afterwards. However, I just checked my analytics and not only is it my best performing video after 48 hours, but it also surpassed view count for 2.3 in the same timeframe. I guess those would be the kind of metrics normal YTers would look at to determine a video's success, but I guess it just feels different when I had a smaller, more active fanbase than a slightly larger, more quiet fanbase.

In any case, I can't help but feel happy that my hard work these past nine months has paid off! Although my personal life has been crazy this past year between losing my job, moving states, and taking care of my aging grandmother, I was still able to get this episode done and somehow even faster than TUP 2.3. At the same time, I'm glad that I didn't have to compromise on the quality as I think the editing is more up to snuff with my more recent work like Mission IMPossible.

Unlike TUP 2.3, where afterwards I was still flowing with the creative juices and joined like ten different collabs, I am thoroughly burnt out after this last project! Won't be joining any collabs for a while and definitely not starting on TUP 2.5 just yet. Will start updating this page again in 2023 when I start up work again, but you might see a small video for Christmas since that seems to be a new tradition on my channel.
TheUntitledProject
Comments (0) loading...
Like(0)
Dislike(0)

Phew, made some serious headway this month as I am getting closer to the deadline! Thankfully, I now have no fear that I won't get the episode out by Halloween!

Still have some work ahead of me though. As mentioned, I need to get a trailer up, make a shout-out for MrTriangleWorld's patronage, do some final checks where I'm sure I'll find errors, write captions, etc.

Shorter update this time, I will admit, but all good news!

Wait a minute, didn't I say I was going to get a trailer up by September? Oh snap!
TheUntitledProject
Comments (0) loading...
Like(0)
Dislike(0)

Work and irl have been kicking my butt lately which has kinda put my deadline in jeopardy. However, it is starting to ease up a bit and, by hook or by crook, I will get the episode done by Halloween, but I may have to do some trimming to the story. Just some small things like pinpointing how certain scenes can be condensed or made less mask-heavy to ensure I hit the deadline. This is especially important, since I’m not done when the last scene is complete, as there’s a whole ‘nother post-production process that happens after I’m done (source credits, audio level checks, visual checks, captions, etc.).
In other news, you're probably wondering what happened to the other two collabs I joined late last year, namely TRXN's final Scooby-Doo collab and Virtua's MvtM collab.

To be honest, I really don't know as both hosts have been bogged down with other projects that the collabs are up in the air at the moment. The good news is that they aren't cancelled at least, and I've heard they're at least planning on coming out some time this year. As mentioned previously, my MvtM collab entry is available for subscribers on my Discord, but ultimately there is no public release date set for either YTP.

The last thing I'll mention is that I'll probably drop a public teaser around September to generate more hype for TUP 2.4 as the time draws near. In the meantime, I hope everyone is enjoying their summer!
TheUntitledProject
Comments (0) loading...
Like(0)
Dislike(0)

I always get anxious whenever I announce something or set some public deadline, especially since it seems like whenever I do, something horrible happens to screw me over. In this case, my laptop finally died and I had to get a new one. Whoop-di-freaking-doo!

Thankfully, when I originally budgeted out my time, I planned to finish the first draft by the end of September and give me some breathing room in October to polish it and give it the finishing touches. So, hopefully, these initial delays won't force me to push back the release.

For some good news for a change, long-time fan MrTriangleWorld just joined as a Jake tier member, meaning I've now released an exclusive sneak peek for Finn and Jake tier subscribers. This clip is different from the small trailer I have planned to make public around September to get people hyped. So, if you want to see the sneak peek, consider becoming a subscriber today!
TheUntitledProject
Comments (0) loading...
Like(0)
Dislike(0)
View previous posts (6/27)
See something you like? Subscribe to see even more!
Subscribe Now
The subscription gives you: