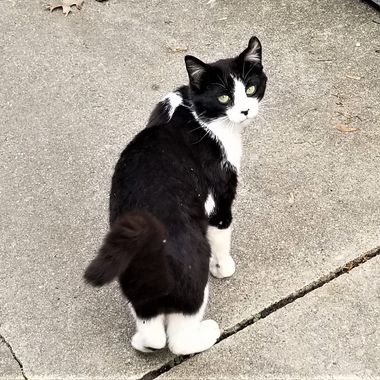 Oreo's Family and Friends
I'd like to bring you the story of Oreo, the stray cat that showed up on my back patio around September 2019 with his girlfriend Hissy. It took 2 months of food & treats before I could pet Oreo & 3 months for Hissy. They have had 2 litters of Kittens since we meet. They stay in a barn across the road and bring their kittens over every night to eat. I built an A frame house for them with a heating pad inside. The top 1/3 of his left ear is bent at a 45 degree angle & his nose has constant scratches with many scares from defending his territory. Its amazing to see how much he loves his Family. I will be using security camera video, cell phone & sport XDV footage. I hope you enjoy his story as much as I do.😸
I Wanted to Include Oreo in this story about his family but sadly he past away around 11pm 2/11/21 in my arms from mysterious injury's. He disappeared in the early morning hours of Jan 31st, limping off into a snowstorm. He hadn't missed supper in over 2 years, I was very worried.  Oreo disappeared for 5 days and finally made it back on the 5th of February. I took him to the Veterinary clinic and the doctor said Oreo had a 105 degree temperature, was dehydrated, ear was lacerated, eye infection in left eye and both eyes were badly bloodshot. They said it looked like a traumatic head injurie. I cared for him for 6 days but he couldn't pull though.
I would like to continue with telling and showing stories about Oreo's family and friends though his son Jessy & Oreo Jr. One day I would like to show you videos abut Oreo and what a wonderful cat he was, one day I will.

A much appreciated, faster way to supple medical care, shelter, food and building supply's to Oreo and his family and friends. The cat's and I will be forever grateful! 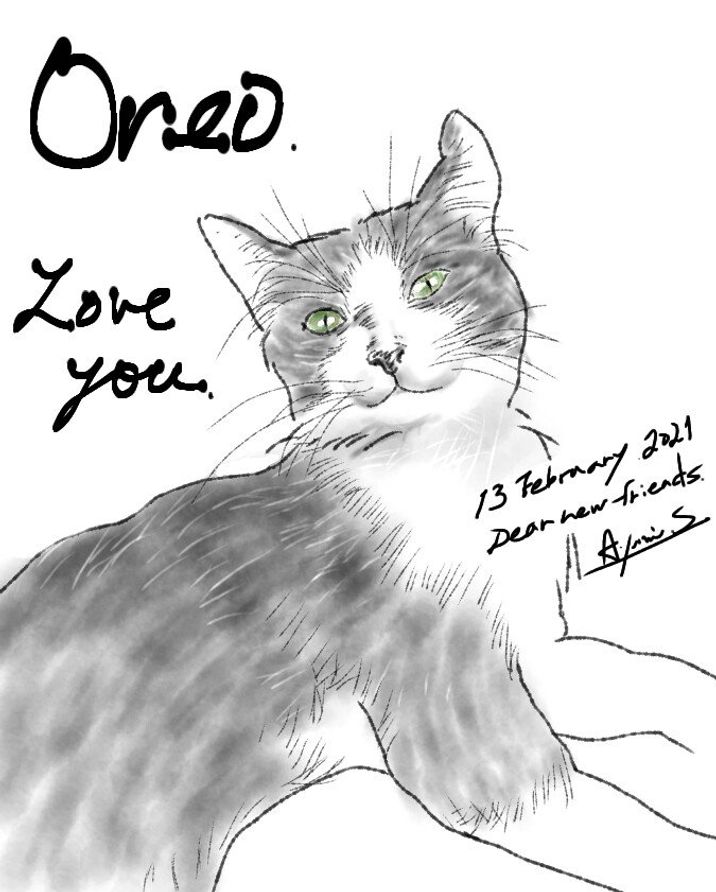 $0.00 of $400
per month
I'm in need of cat food. It's costing about $10 per day to feed them all. More material for shelters and heated water dishes and heating pads. Vet costs & medicine. I'm new at videos, so security footage, cellphone & go pro for now. If I could receive $400 monthly that would really help my furry friends. Thank you all so much