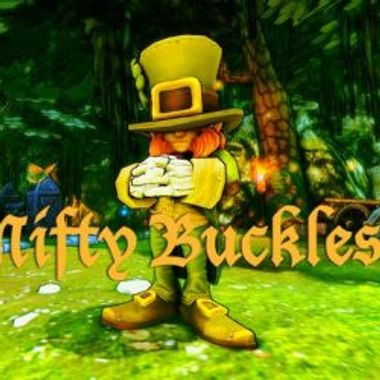 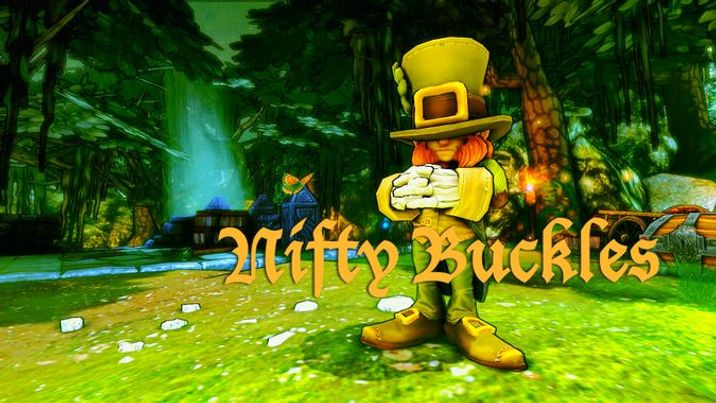 Enjoy My Nifty Buckles Folklore Podcast on PodbeanToday we take a Supernatural Journey to the Cro...

NiftyBuckles
Public post
Join Nifty Buckles as we take an eerie journey down the Crossroads to discover  some scary characters of folklore from the Devil to the evil Melon Heads of Urban legend.

Listen to my First Pofcast on Podbean.
Today I explore Goth gardens the lethal plants used in a mystery novel and even  ghost that haunts a British garden.
Sit back and enjoy Ghoul & Garden: Goth Gardens Podcast
https://www.podbean.com/ew/pb-wnzxy-12870d1

I'm Nifty Buckles And I explore various folklore topics each week from the weird and wonderful or downright spooky.

And on this podcast we are going to explore Goth gardens what kind of flowers to plant and potent plants that are just an interest used in mystery novels.

Goth lovers, Halloween and Samhain are only 93 days away.

Growing up as a child, my father created a beautiful rose  garden with a variety of colours in our backyard and I helped him plant it under his supervision. I have also planted my own perennial gardens over the years which I thoroughly enjoyed digging in the dirt and later to see the lovely results of our hard work bloom.

A Word of Warning:

If you use a pitch fork for the soil make sure only an adult works with it, my older sister accidentally stuck the pitch fork into her shoe she was wearing. Ouch!

After much screaming and crying my father rushed her to the hospital. She still has the scar on top of her foot to this day.

Below is a great Goth Garden Chart to help you create the Goth garden of your delight.

Queen of the Cosy Mystery, author Agatha Christie was known to keep a Potent Plant garden which she would write about into her murder mystery novels. Agatha Christie’s Potent garden still remains to this day and is maintained at Torrey Abbey Garden in England.

In Agatha Christie’s novels  4:50 From Paddington and They Do It With Mirrors the murderers were responsible for poisoning several characters in these books with Aconite.

Another example of this, can be found in Agatha Christie’s novel “The Caribbean Mystery.” In this novel, Belladonna was the preferred murder weapon.

ALT
Belladonna was utilised as an ancient herbal remedy as a seditive. In traditional witchcraft it was applied as a salve (pronounced sav) mixed with poppy and opium which would cause hallucinations to aid witches in flying to their covenstead or to experience a bacchanalian carousel. This toxic plant helped activate their visions and astral projections.

This beautiful art below gives one a feeling of flight the witches may have felt after using their shamanic salve.

Witches on the Sabbath (1878) by Luis Ricardo Falero

These are just a few plants grown in a Potent garden since they are lethal and you wouldn’t want your child or pet to nibble on them accidentally.

I suggest you grow some non toxic dark flowers and decorate with live moss to grow over Gothic statues to attain the Goth garden you dream about.

In Eastern European Folklore millet seeds, rice, carrot and linen seeds were used for protection against Vampires and were placed inside of vampire coffins or on their grave-site to keep the Vampire busy. Vampires tend to display signs of OCD Obsessive Compulsive Disorder so they would spend hours picking up each seed before they attack their prey. The village folks would spread seeds along the road that led from the revenant’s grave to its’ home.

Fennel seeds helped wards off evil used like Garlic to ward off Vampires. Traditionally, Cunning folks hung bundles of fennel over doorways and stuffed it into their keyholes to stave off demons, angry ghosts and witches.

In Flowerlore Snapdragons symbolise grace, power, deception and deviousness, The ancient Romans and Greeks used snapdragons as an amulet to ward off evil.

ALT
Once you grow your goth garden you may never know what or who maybe attracted to it.

An example of real ghost sighting in a garden comes from Jenkyn Place, Hampshire near the English village of Bentley.

A spectral housekeeper named “Mrs Waggs,” haunts the place and a woman in white has been observed roaming the garden along with reports of a phantom coach entering the driveway.

ALT
And on that note, thank you for listening to my podcast.

Witch Bottles in FolkloreIt’s Witchy Wednesday a wicked day to start a blog on the folklore magic...

0.0%
collected
to reach
Pay for my coffee, blogs and me