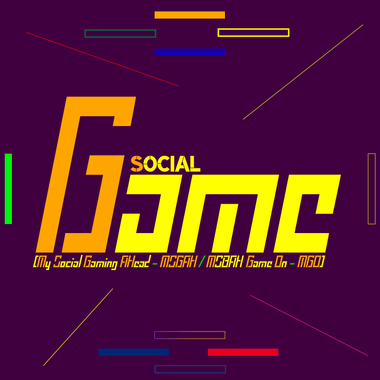 
If you missed some of my streams from that date mentioned, you can watch it again via the links below:

Missed the stream? Feel free to watch the replay below:


This is the list of the stream replay if you missed the stream from that date.


On August 5th, I had played the Anniversary event in Wild Racing 9: Legend of Racing (Asphalt 9: Legends: China version). I got the Lamborghini Asterion 2nd Anniversary glow decal and profile icon and a frame.


Hi. I'm Syahir. Gonna tell you about some.
MSBAH is the abbreviation of my real name (not to be pronounced as it sound like I'm a girl). I have also known as MGO and Social Game (MSGAH) in social networks. MSGAH is the abbreviation of "My Social Game AHead", and MGO stands for "MSBAH Game On" (an old name for social networks) as for my gaming account name.
I like playing arcade racing games such as the Asphalt series (Asphalt 8 & 9), KartRider Rush+, and other games I played casually. I'm the social network addiction guy that shares/reposts anything that I like the most. That's why I called this channel (and on my social networks) "Social Game [MSGAH]." So this page will be full of arcade racing games posts (like clips and kinds of stuff), and maybe some of my content which I make public later for some early access content.
I speak/chat in English and Malay. Not weak or pro. So don't assume I'm not a noob or a pro player. I just playing for fun, as long as I'm keeping my interest in games, mostly arcade racing.
So that's it. XD
Comments (0) loading...
Like(0)
Dislike(0)
See something you like? Subscribe to see even more!
Subscribe Now

Jon Graham
I create video episodes of various web series (including Arby 'n' the Chief) of various genres (comedy, drama, horror), music and streams.
This website uses cookies to improve your experience while you navigate through this website. Continue to use this website as normal if you agree to the use of cookies. View our Privacy Policy for the details. By choosing "I Accept", you consent to our use of cookies.