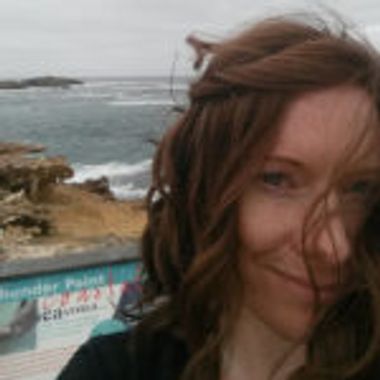 You are interested in this and just want to support it to see it grow.

You have all kinds of ideas, thoughts, suggestions and resources, and you want a meaningful way to contribute to this project. You'll be able to join monthly video calls to discuss and share, which gives you priority access to new insights - which you may be able to help shape. You'll also receive acknowledgements in the book for your participation, and a free digital copy.

You think that the world has gone kinda mad and see this project as essential - so you want to help it happen even faster. You will become a Beta Reader and be acknowledged as a sponsor in the book. You'll get a free hardcopy of the book and discount codes for colleagues, friends and family.

Propaganda and mind control are the same thing; they vary simply by degree. Exploring this notion, I went down the mind control rabbit-hole.

And I learned that mind control programming no longer requires trauma.

Here's the essay I wrote about that: https://biodagar.com/2020/01/mind-control-doesnt-require-trauma-programming/

The Sneakers fit. Or do they?

Social engineering is an infosec skill

It turns out that social engineering is an information security skill, used by hackers and testers to test the security systems in companies, see how easy or difficult they are to compromise.

Didn't know that until I started reading Social Engineering today. Apparently it's about hacking the world's greatest vulnerability: People.

But it also includes more detail on preloading people, building pretexts, and so on.

It did cause me to consider what it might mean to create an experiment to test a framework, given the book Social Engineering is filled with what you might call "worked examples" of deception. It's much harder in my case.

Social engineering, as defined in this book so far, is at the tactical, physical level. The work I'm pulling together is a stage before that: Beliefs and perceptions.

Though, have to say, the breakdown of the histories of communication models was timely and useful. Essentially, it goes like this:

I have dramatically oversimplified the methodology, but this is really the backbone of what it is.

Now that you've reached the end, pitch in $5 a month. It will increase the rate of production on the project, and enable the development of one of the world's most important frameworks: Metasocial propaganda and programming.

A fun (related) side project

But I'd love it if you could throw me links or examples of anything you'd like added to the mix! You can reply here or email me [email protected]

This is a taster for the type of update you'll get as a subscriber :)

You can see the expanding Brain at YouTube: http://www.youtube.com/watch?v=MnUHRHNB8U8.

All great research projects expand like massive balloons in the beginning. This one is getting kind of ginormous.

Helping it along is my new friend Anthony Judge, who is a prolific writer and researcher in the field of meta frameworks. He's been emailing me once or twice a week with new suggestions, new papers, and ideas. It's quite nice, actually; I described it to my research pal as "The Project Has A Supervisor"; Tony asked me just yesterday what I need to further my understanding of metaframeworks, and that enabled me to think about it.

What do I need, actually?

Right now, I'm in the wilds of meta models, criteria for meta models, and other mind-bending things. I learned today that if you are modelling a social something, then it's going to me massively complicated because social elements are about the most complex things that exist. And then - here's the kicker - if you have a highly complex model but the model is capable of capturing the behaviour, do you have a model or just a copy of the behaviour? And if you have just a copy of the behaviour, what does that actually mean? My assumption right now is that it means that you can't claim that you're working with a model any more, and that it's going to impact how you represent the work.

Go think about that for a week, brainy friends!

In any case, the loosey goosey plan is to establish the foundation. This is where I found myself staring down the barrel of the exact same territory I trod through as an Honours student. A huge part of this project is going to work through the philosophy of interpretation; hermeneutics is a huge part of that, so I'll be revisiting my friends Heidegger and Gadamer.

And yet, here's one amazing thing that I learned today:

There is no definition of meta-social; not on Wikipedia, anyway. I intend to inspire the creation of that page.

And here's another amazing thing that I learned today:

The principles of meta-programming (in computer science) are massively relevant for this project. It's difficult to explain right now, because I'm not familiar enough with the model. But think of it like this:

Meta-programming is creating a program that can modify other programs.

In terms of propaganda, this is a beautiful description of deploying what we'll call (for want of another term) a program. It will:

Right now there is so much going on in my head, and I haven't even really started reading. I'm still annotating, thinking, proposing ideas to myself.

My natural inclination is to jump into text analysis, but it's way too risky for a meta-level project. And here's why:

Postmodernism (and postmodernist theories) focus on the local. They don't like global narratives or meta narratives; and yet it's in the local focus that we've seen social splintering, and resultant discourses of violence (which are inherent in postmodernist theory). Right? So, the way this project must work is meta first; then, in order to illustrate the model in practice, to weave in an analysis (postmodernist, potentially) of singular pieces.

The question then becomes: What is statistical significance?

Oof, what a question. Nothing I am even close to understanding yet!!

Anyway - that's been my work so far this week! I'm doing my best not to do just this work full-time, and to also go to work and do what I have to do to grow my company, but man it's HARD.

$4,277
to reach
the Goal
This will give me the ability focus down on The Propaganda Project exclusively, which will speed production immeasurably.