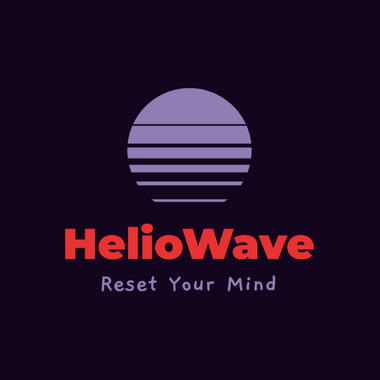 HelioWave
Public post
I wanted to get a better understanding of the FTX scandal and I figured you all might want a little rundown as well. So, that's what we are doing. Up next we have a couple videos regarding COP 27 and the G20 Summit.
Stay tuned for those!
https://youtu.be/24yBipGC84o
HeliowavePoliticsGreatresetCorruptionFtxscandal
Comments (0) loading...
Like(0)
Dislike(0)

HelioWave
Public post
Just finished a new video - check it out if have some time and are interested in the topics! Today, we are looking at past & present political corruption.

From Big Pharma, Trudeau Tyranny & the various political scandals of the establishment.

For part two though - we're diving into a scandal that is rarely talked about. The Fast & Furious scandal. https://youtu.be/0wV-XMi33bE
HeliowaveCorruptionGreatresetTyranny
Comments (0) loading...
Like(1)
Dislike(0)

HelioWave
Public post
New video: Check it out if you have some time and are interested! https://youtu.be/VZy8CVCXNb4

In this video we will cover current events relating to the FBI & some historical context that maps out their history of malfeasance. These topics include Biden’s Domestic Terror list, the 6th, the Gretchen Whitmer case, the internment camps for Japanese Americans during ww2, Cointelpro, the surveillance state, the internal battle with the NSA, and the dossier…among others.

Tonight’s video is one that is important, and we will explore some revelations (albeit known to most of us & alt media for some time) regarding the FBI and their insane, unconstitutional, and depraved practices to subvert justice to fit their agenda.

Now, I left out many other examples due to time constraints (the video would have been 72 minutes long if I went through each example found) but as stated we are going to look at some historical context, context that indicates their tactics have not changed over the years. These intel agencies are corrupt and they themselves have been subverted.

In light of this consistent history of criminality and misconduct, it is time for Americans to consider that having criminals fight crime is a futile effort which belies a foundation of corruption across the entire system.
HeliowaveNwoDeepstateCorruptionCointelproTyranny
Comments (0) loading...
Like(1)
Dislike(0)
See something you like? Subscribe to see even more!
Subscribe Now
The subscription gives you: