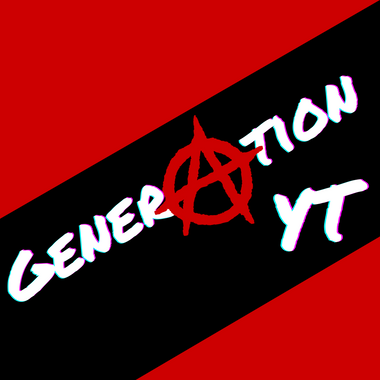 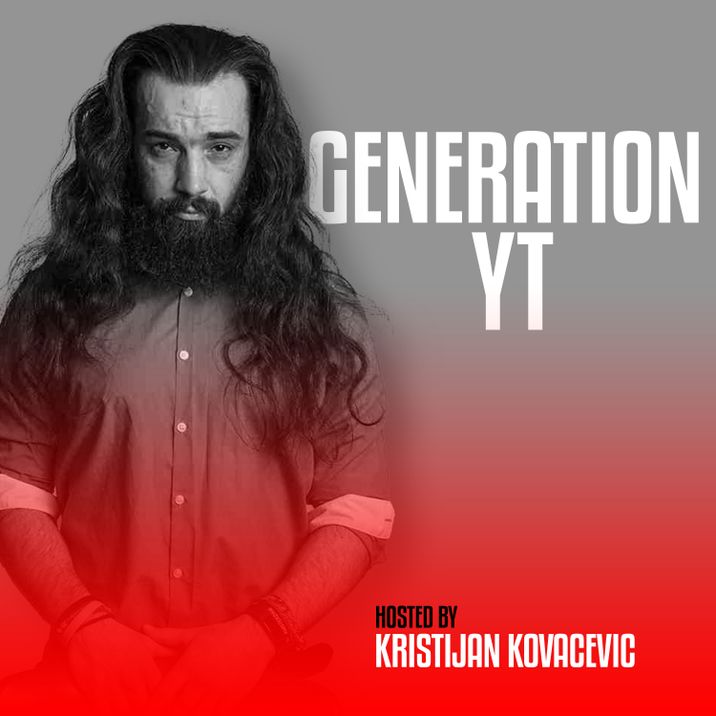 Nothing’s What it Seems to be… Think for Yourself


If all narratives are collapsing and people are waking up, then why nothing changes on the World’s stage? Why does it look like we’re headed into a trap? Because we are…
Let me give you an example:

Brainwashed Dutch people won the case against their government for not intervening on climate changes. Government increases emissions cuts. Part of those cuts is ban on Nitrogen fertilizer. Farmers raise up cause this is going to put them out of business. No fertilizer means lower yields which equals food shortage. Guess who is going to be blamed for it. Farmers!! Why??

Because, your average Joe and Jane have no fuckin clue about Nitrogen ban. All they are going to know is that farmers were protesting and now there’s no food on the shelves. They are deceived, hypnotised, programmed into believing that…
It’s like wanting the government to impose a green tyranny on them. Fluoridated brains cannot create an independent thought and sooner or later we’re going to be against an army of ignorant people who don’t see the forest for the trees.
Satan is the master of deception and we’re looking that master at work right now.
Did you notice how every new narrative gets hooked on among normies. And there’s reason why… Because all of this is planned a long time ago and it’s given a strong basis of brainwashed NPCs.
You think militant vegans will complain after WEF proposed eating less meat? Hell no!! No meat is on their agenda too… Eating bugs??? They don’t care. They already ingest a shitloads of processed crap believing it’s healthy.
Vaccinated folks will say nothing against digital ID. They already rehearsed that with vax passports. It’s just another app to them.
Feminists supporting trans movement will scratch their heads after the word woman is erased from dictionary due to lack of definition.
Parents taking their kids to drag shows will… hm well, you get the picture?
Thebigdeception
Comments (0) loading...
Like(0)
Dislike(0)

Everyone has heard of the New World Order. If not before then in the last two years. Recent events in Australia and Canada gave us a picture very similar to that in George Orwell’s 1984. Governments putting citizens under their thumb, taking away their property, closing bank accounts, and people rioting and protesting all around the world… Is this how they plan the takeover?
Satan is the master of deception, so why do we expect a brute force that we can fight away?
Firstly, a plandemic has shown us that people, when scared, are very easily controlled and manipulated. And we also witnessed that a regular flu can be scary enough if presented properly and pushed by MSM.
Secondly, Klaus Schwab’s young global leaders who infiltrated governments are a bunch of idiots not really capable of thinking but listening and following. They’re here to be Klaus’ muppets without actual purpose but to piss off citizens.
Thirdly, a huge chunk of people still don’t know who’s Klaus, what’s the great reset and have heard of WEF only because of Greta. They’re clueless.
It seems to me that WEF’s chosen leaders were here only to make dumb questionable decisions. Strategically shattering the economy and raising the cost of living and producing. Hence the upcoming food shortages.
When people get hungry, there will be mayhem on the streets. Overall trust in governments will disappear and many governments will fall. The crime rate will skyrocket. No food on shelves means no food for police either. Nor other public services.
From plandemic, we learned that a 0.3% mortality rate is enough to keep people scared, locked inside, and willing to undergo experimental gene editing therapy for the greater good. Starvation will bring a 50% mortality rate if we count on cannibalism. Add on that other potential threats: nuclear war, another plandemic due to vax side-effects, blackouts… And 2/3 of all people could vanish in the next couple of years.
Many of Klaus’ young muppets will fall together with governments. What’s left of the people will mostly be hungry, scared, traumatized, sick, and whatnot. Willing to do anything just to stop the madness. And this is when the real NWO will step in. People will beg for someone or something to bring peace and order. Ladies and gentlemen, Hegelian dialectic at its finest.
TheBigDeceptionNwoTheGreatReset
Comments (0) loading...
Like(0)
Dislike(0)

There are three kinds of people in the world right now:
Three different kinds of people and three different ways of thinking.
A‘s are a compliant bitch with enormous trust in government. Still lining up for boosters, they happily installed all tracking apps and they’ll do anything that government tells them to do to get what they want. Switching narratives as they see on TV. One month they’re pro abortion, next they’re saving lives by banning guns. They believe in NATO and hope for its involvement in Ukraine as soon as possible thinking it’s going to be just like the shit in the Middle East: bombing the bad guys far away will sort things out and protect the rest of the World.
B‘s have a different perspective. He believes in Trump hoping that, when re-elected, he is going to expose, arrest and prosecute the satanic pedophiles who run this shitshow. Trump will stop the war, Putin is an ally, Trump will get you a job, buy you a house, make you three kids, get you fit, Trump will make the American dream great again… You know, all the small things. They don’t care about Trump being one of Epstein’s clients. They don’t care about Putin being WEF member.
C‘s don’t believe in either side, but that they all play for the same team. We are given distraction after distraction, while they’re secretly pushing the NWO agenda. Oligarchs and corporations are running the world, while politicians are clowns. They know that as long as this doesn’t change, things are not going to be fine. The narrative is not falling apart, there are no arrests and people are not waking up, only switching from A to B. Everything is a part of a bigger plan which still runs on schedule.
TheBigDeceptionAgenda30TheGreatReset
Comments (0) loading...
Like(0)
Dislike(0)

What Did We Learn from Sri Lanka?

We learn that people are unbelievably gullible. After over 3 months of rioting and protesting, kicking the president out of country, people of Sri Lanka are back at the beginning. How the fuck that happened?
Now, Ranil Wickremesinghe, another WEF muppet is the new president chosen by politicians.

On Monday, when he was then the acting president, Mr Wickremesinghe declared a state of emergency that gave him broad authority to act in the interest of public security and order.Authorities have power to search premises and detain people, and Mr Wickremesinghe can change or suspend any law.On Friday, he issued a notice under the state of emergency calling on the armed forces to maintain law and order nationwide.

BreakingNews.ie
It looks like the former president was hated by the people and blamed for everything bad that happened. So, why wouldn’t he declare a state of emergency? Because that would interfere with WEF’s plans. When shit hit the fan, he was moved somewhere safe. That way the rioters got the imitation of victory and the coast was cleared for the next step.
Now WEF installed president has introduced a police state with the military deployed on all roads leading to the president’s office. At least four journalists and lawyers have already been assaulted by authorities. People have no privacy anymore. The economy is broken and International Monetary Fund will be engaged.
Is the Sri Lankan case a prototype for the rest of the World? If the people of Sri Lanka buy into this story and let this government rule over them, it’s game over. They’ll become the first NWO state. They must continue to fight for freedom, but it’s going to get very messy.
NwoTheGreatResetSriLanka
Comments (0) loading...
Like(0)
Dislike(0)

How Crypto Community Lost It


Bitcoin was supposed to be a new money. Digital, decentralised, unfakeable… Uncontrolled and unregulated by any government or bank. Yet somehow, the very same people who cheered over the idea of being out of the system have chicken out and allowed the government to control their digital assets.
From 2009 till 2017, Bitcoin was merely a digital money. Miners were mining it and spending it as they got it. It was utilizing its purpose: to be a digital cash. Also, as a fully decentralised network, it eliminated the need for banks and other third parties. It was peer-to-peer. The people were their own bank.
Then, in the winter of 2017, the boom happened. Price jumped to 20k, lot of people got rich thus attracting a lot of “investors and traders”. Other projects started getting traction too. Every week there were 100s of ICO’s, new projects and whatnots… Investor and trader wannabes were buying everything thinking that every crypto is new BTC that will go zero to 20k in 8 years.
When there are individuals wanting to get rich quick, there are also scammers wanting to get their piece of pie. Naturally, there was a lot of scams. A free market means you have to think for yourself and, as we know now, majority of people is not ready for it. After they lost some money, they turned to governments crying for help and regulations started dripping.
Freshly rich, crypto community wanted to get more rich and in the process forgot what was the original idea of cryptocurrencies; to be a mean of payment uncontrolled and ungoverned by banks. Hoping that mass adoption is just around the corner, they quietly watched how BTC becomes a store of value, and how crypto exchanges delist privacy oriented coins like Monero and implement KYC policy taking away our anonymity bit by bit.
Today, you can’t even send crypto from exchange without disclosing to whom you’re sending it. Heavy taxation that’s going to happen will hit crypto community like a shovel. Not to mention the possibility of ruling cryptocurrencies illegal and confiscating them, cause you know, they don’t want us to own anything.
CryptocurrenciesTheGreatReset
Comments (0) loading...
Like(0)
Dislike(0)
See something you like? Subscribe to see even more!
Subscribe Now
The subscription gives you: