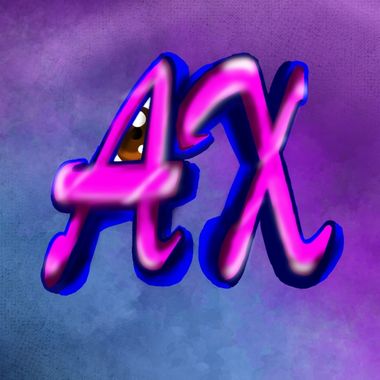 AnimeXtremex
I'm a cartoonist, I make comics and even in the process of learning animations!My goal in life is just trying to make my dreams come true by making my own series since I have at least 2 series that I'd love to make a real series out of.
ComicsAnimationsCartoonsFranchises
Subscribe
Send Message

AnimeXtremex
Normally I'd post a lot of my old projects, on here, but instead of that, I'll just post any new projects currently being worked on.

Right now I'm working on 2 projects, animation projects. So I'll just post that.
I saved the gif images of them.
I don't have a real animator so I do things frame by frame on a regular art program and then put the gifs together as practice.

And finished it actually today.


Even though the moral seems to be don't judge a book by its cover, which I guess is one of them; there are others as well like don't look behind but ahead, that there's no point in sobbin about the past when really it's in the past, nothing you can do about it, but you can change your future.


So glad to have this done and off the to-do-list after a year.

Finished this one the other day, not sure why I didn't upload it, but ah well.
It's uploaded now so I guess that's a good thing lol.


So glad to be finishing this up seeing how this was in my to-do-list all last year lol.


Though here Willy finish's up his little speech and he ain't wrong either.
We can't judge the past, but we can look forward to a brighter future.
Which is what the internet should be doing within itself, not looking at someone's past, but looking forward what we can do to become better people and not judging ones by past actions but by what they do now.


Willy is smarter than he appears.

AnimeXtremex
Public post
This only took 2 days or so, so getting better!
Though, hard to argue with this bunny; perhaps some should even take his advice.
We really can't change the past or the actions of it, but we can try to move forward with our lives for a better happier and brighter future.
Sadly the internet only seems to be looking at just the past right now, instead of thinking into the future.
Maybe the internet should take some advice from Willy. And he's thirteen!
And where's spatter in this you may ask? Who knows, that dog is here there and everywhere, maybe he rolled down the rock?
Comments (0) loading...
Like(0)
Dislike(0)

This took about 3 days or so, would've been done sooner but let's just say life finds a way....


But Willy here surely is putting his foot down and telling it how it is...oh my angsty southern boi.


Normally in any other "real" conversation there would be arguing back and forth---only in a cartoon can one actually keep talking about how they feel and others shut up and listen for a bit to let them carry on with their speech.


If more people did that we wouldn't have too many problems I wouldn't think lol.

AnimeXtremex
Public post
This took about 3 or so days, especially with the amount of detail in each panel.
Bout 11 layers to make this [I do have a type of "behind the scenes" for it.]
But yeah, it's summer time!
It's time for the bunnies to just go wilds and have fun in the sun!
Wake up, have some breakfast, play around in the water and rocks, maybe some fishing for Andy--
Then Andy treating them in town at a local cafe, then maybe go down to the beach to spend the first day of summer and soak in the ocean air!
Then at night---fire flies!
There are some things I suppose to note:
Like the characters you see in panel 4 will be eventually said, and even introduced. Just not now....nows not the time...
also, in the last panel
Last night while drawing it in, it was just gonna be a one moon thing, but then I realized, I can create whatever world I want!
And then the cooper beauty behind it happened.
And I even gave them names, and even the world they live on, a name!
Lunair [the small white moon]
Loomare [The red "planet" behind it]
World name: Goddensian

So, Loomare, is actually a planet, that just so happens to be close to Lunair, and their world.
I figured if I'm making a world, and hopefully video game to go with it---I'm going to make it awesome!
Though sorry for another wordless comic, it was just something for summer. Well first day of summer, I'm just 5 days late to it lol.
Comments (0) loading...
Like(0)
Dislike(0)

Sometimes... It's not always a "Happy" father's day;


To some father's it's a day to mourn that you had to either give up your kid, or your child just leaves without you knowing. That they ran away from home one day while you're at work and never saw them again, always and constantly worrying over your child's welfare and can only hope that they're fine and healthy and safe somewhere.


And it turns out, they're very happy without you, that they never really needed you and are surviving just fine.


~~~~~
This took about 2 days or so, especially while thinking of what to make/position the characters.
And of course, it's slightly canon.
If anything though, I'm more than sure this is how the father's feel, and even the mothers.