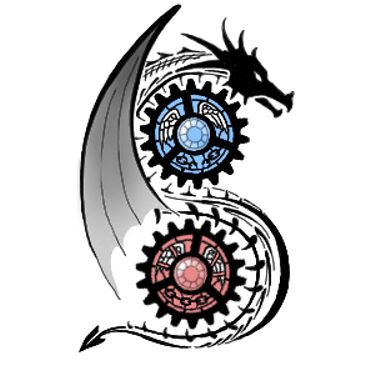 Catreece MacLeod
I'm a game designer with a specialization in world design currently dragging the tabletop RPG market kicking and screaming into the modern era via the game Saorsa. You can also find my videos on game design and world design at tinyurl.com/SAORSA which I'm aiming to get back to adding more this year while I work on the game.
Subscribe
Send Message

For those who want to support Saorsa's development but don't have a huge budget to work with! Every little bit helps, honest!

Send questions directly to me and I'll produce a monthly Q&A video answering anything you want to ask! (Psst, you actually have to ask questions if you want them answered =P )

Gain access to Alpha testing versions of Saorsa and its expansions and other content, allowing for early previews of new concepts and mechanics, and the ability to help shape the game with feedback at its earliest design stages!

For aspiring game designers, writers and so on, an hour long monthly critique and personal coaching about whatever you're working on, preferably over Discord. I have a limited amount of time per month to spend on this, so keep in mind I can only maintain 4 of these at a time. More than that and I may not be able to cater to everyone, or may start having it cut into time developing the actual game.

Catreece MacLeod
Public post
So, a second playtest is starting next week, the first one's still going as well. This new one will be testing out roll20, so I'll be trying to build custom character sheets for it, building up a library and so on. By the time open beta rolls around, you should be able to play Saorsa on roll20 easily with official support!
Comments (0) loading...
Like(0)
Dislike(0)

Catreece MacLeod
Public post
Whelp, it's been awhile buuuuut...! The v0.360 release is ready to go! The link to it will be posted in a separate post for subscribers of that tier. For now, here's what was covered!

Pets and monsters have been overhauled entirely, plus there's a bunch of other changes too!  The changelog since 0.3516 is as follows:

(Sorry the formatting sucks, there's a lot of it, and I'm exhausted after getting this prepped to go.)

It's art time! And this time that means the great magical library within the capital! Chessi did ...

Catreece MacLeod
Public post
Hey there! Got some news today that my biggest subscriber over on Patreon is going to have to back out as they're changing jobs. So how does this affect the game's progression?

...It probably won't too much, if any, thankfully!

Thanks to all of your support this has gotten me to the point of being able to proooobably be semi-self sustaining in the near future. It's going to be dicey for the next month or two as I try to roll out a proper website and finish the novel (which should've been done like a month ago... I never said I was good at time management), and hopefully the novel sales will help to keep things rolling with your help! Anyone who subscribes at the $10 level will automatically get the novel free of charge, just by default when it's ready so yay for that! The game's still being worked on as well, just not as fast while I try to juggle a bunch of other stuff all at once. Don't worry, play testing is still going, most of the tests have come out really well with minimal changes needed for the most part as well, so things are going good!

I also welcome a new subscriber to SubscribeStar today so we're starting to recoup the losses already!

SubscribeStar's a bit weird though because it requires 5 active subscribers before it actually lets you make a withdrawal, meaning there's enough buffer cash sitting there I haven't been able to use yet. Which is good, because I would've spent it immediately on more artwork had I access to it, so it's actually kind of handy that it's just sitting there as a backup now. Soooo to my subscribers, if you could do me one more favour and ask about if your friends want to help support Saorsa with even $1/monthly, three more people will bump it over the edge, I can get access to what you've paid in already, and that can cover the costs of the initial setting up of the Saorsa website and putting the book up for sale with some early advertising, and should keep everything rolling!

Anyway, big stuff on the way, and by Christmas I'm hoping to have the website out, novel done, and the next major version of the game finished. ...We just discussed how I am with time management though, so we'll see if that happens. Maybe all of it will be, maybe not, I dunno honestly, but that's the hope! So yeah, wanted to let people know what's up!

There's more artwork already commissioned that's on the way but not done yet as well, so there should be more pretty stuff to show off in the next little bit, just not sure how soon yet.

This is NOT ready by any means, but since I have a copy going to put it up anyway. I'm in between...

$0.62 of $1,250
per month
Were I to reach this goal, I'd be able to cover the minimum basics of survival and maintain a steady flow of commissioned artwork at a rate which would allow for the production of new books at a regular pace without slowing down waiting on finances for more art. Each expansion would only cost about $10 apiece and you would see a new one every 3-4 months.
$0.62 of $1,750
per month
With a comfortable buffer of income for survival as well as artwork, I can arrange for new expansion content for Saorsa to be dropped in cost substantially. Each new book would only cost $5, and the quality and quantity of the artwork in the books would increase.
$0.62 of $2,500
per month
I work on Saorsa full time, but have already gone through the entirety of my personal savings funding this project. Fortunately, I require very little to sustain myself. Were I to reach my $2,500/month goal, I would have enough to pay rent, utilities, get groceries and basics like that, plus have plenty left over to spend upon artwork for future versions of the game and expansions. Anything past this amount will go towards even more artwork put into the game, translations into other languages and other such benefits which will lead to the game being better than it already is! At this point, I could afford to make all future PDF content free of charge. I could also start looking into printed copies to be sold at-cost if I ever reach past this goal.