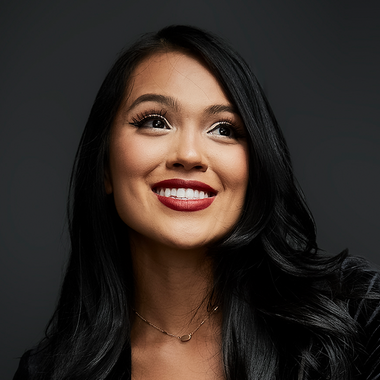 Savanah Hernandez
Hello friends and welcome to my Subscribestar! As a censored journalist It Is contributions like yours that help me to continue to make content. Welcome to my page.

And for those of you who may not know me:

My name is Savanah Hernandez and I am journalist who has been 3x banned from Twitter for reporting on national news.

Here is my story and an example of how Big Tech is rewriting our modern day history.

A Salute To My Fallen Accounts

A salute to my, not one, not two, but 3 Twitter accounts that were banned for breaking national news.

Thank you for helping me keep my message alive!

Your donations will help me as I continue to cover the border crisis, big city crime waves and everything the mainstream media won't touch!

Your donation will make it possible for me to travel to the events, rallies and protests that mainstream media reporters ignore.

As a journalist who has been permanently banned from Twitter, your support goes toward the fight to get the truth out as independents like myself are silenced everyday.

Savanah Hernandez
Public post
Alright I've been doing some research Into the attacks on the Nordstream 1 and 2 pipelines. Right now It looks like all evidence Is pointing to the US....what do you guys think?

If you're Interested In how I got to this conclusion, here's some of the articles I read and videos I watched:

Who attacked the nordstream 1 and 2 pipelines? Poland? Ukraine? The US???

WATCH: “The Americans have declared war on Europe”…
https://www.revolver.news/2022/09/the-americans-have-declared-war-on-europe-nord-stream/

READ: Energy traders are making a killing exporting US natural gas to Europe as prices soar - with some single shipments bringing in $200 million
https://markets.businessinsider.com/news/commodities/us-natural-gas-exports-europe-surge-energy-crisis-trader-profits-2022-8

READ: The Anglo-American Axis Benefits From The Ecological Terrorist Attack In The Baltic Sea
https://korybko.substack.com/p/the-anglo-american-axis-benefits

TWEET: US Secretary of State said it would be "in no one's interest" if NS leaks were confirmed as the result of an attack or sabotage
https://www.zerohedge.com/commodities/damage-nord-stream-pipelines-unprecedented-may-have-been-sabotaged

Giving y'all a sneak peek Into tonight's show! Since I didn't do any shows last week, tonight's s...

Hi friends. Sorry you haven't heard from me on my other socials this week, big announcement In th...

Throwback to one of my favorite Interviews. Governor Mike Huckabee had me on his show, was my fir...

Savanah Hernandez
Public post
Help me get back to the border In Yuma, AZ and El Paso, TX by subscribing to my page or by donating to my border fund.

Thanks for being here and for helping me uncover the truth about what's going on In our country!
Comments (0) loading...
Like(7)
Dislike(0)

Inside scoop on some of the upcoming trips I'm looking at friends:-Border coverage In El Paso, TX...