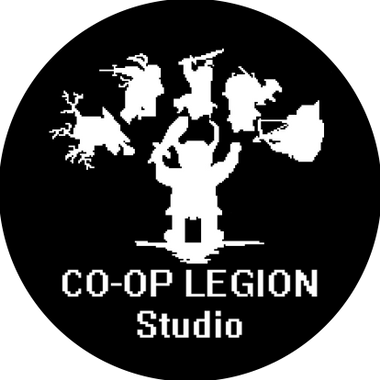 Who are Co-op Legion Studio and What is Stray Alloys?

We are an indie game studio and our goal is to create a co-operative narrative driven story told through video games. Co-op Legion Studio is currently made up of 5 people and hopefully we can grow bigger to make our games a better product.

Stray Alloys is a third person co-op campaign shooter set in the far distant future where we have journeyed far into outer space and found a resource rich planet where multiple nations have their own giant space station or space cities for people to live; while the majority of its population mine and extract resources from the giant planet. Our story takes place, where the player plays as 'Raymond' who is a boy who lives in one of these space cities. You will play through his adventures either solo or with a friend.

What sets up apart from other Video game studios?

Co-op Legion Studio was founded as a result that we are unhappy with the lack of games that let players to play through a story with their friends or strangers. That said, the games we make can be played solo as we understand, it maybe hard to find a friend to play with or some people prefer to play solo.

We are also unhappy with the current state of the gaming industry as companies are focusing on mobile games, micro transaction focused business models and the lack of allowing mods to their games. Co-op Legion Studio wants to focus on the community and we want to avoid making games that treats the community like addicts by tricking or forcing them pay for online items, which later adds up to a big amount. We heard too many stories where people overspend on a game and we want to avoid that and try to make a more ethical business model even though it is the harder route.

The Future of Co-op legion Studio

For the future after we finish our first game, Stray Alloys; our goal is to continuously to create video games that are co-operative story based games. Hopefully in the future after our first game is done, the next game genre will decided by the community. But let's focus on the current project first and make it a great one! Together let's make great co-op campaign games and Thanks for your time!