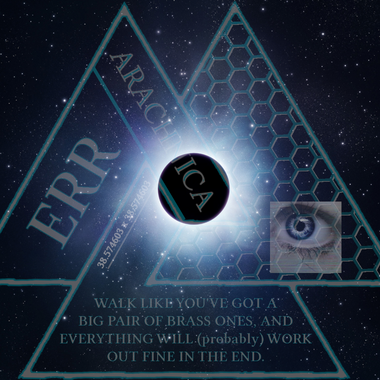 Err Arachnica
name a creative skill, and i either know it or can learn it very quickly. video games. writing.TTRPG. audio. art. whatever else i see fit to make.
August 07, 2019 12:02 PM
Public post
Burnt a week failing to solve a coding problem

a small addition within the biome scripting of 9 WORLDS turned out after a week of failing, to reveal something about the system.

SKADI’s mountain is right next to jotunheim. Close enough in fact, to trigger a case where 2 biomes overlap and one must override the other. Simple enough on paper, yeah? So I thought too. All it requires is making an “edge-case” class of biome detection, that wont flipflop every single frame therefore wasting CPU power.

Turns out a minor aspect of the system, cant do that without rebuilding the whole script from the ground up. it’s possible, but patchwork updates wont cut it anymore. The script is almost 500 lines long, and duct tape isnt good enough.

The best I was able to get, is that the overriding biome does trigger, but the flipflopping issue happens and so the music keeps restarting and changing.

Ive got to admit defeat at that type of blockage (given time constraints), and so instead let me just write that down as something to worry about later. I’ll do the coding here in some older and more known ways instead, then monkey around with world boundaries and biome borders, and y’all wont notice a thing.

Also in the meantime I can show you all another raw character render I think. here’s SIF with only her hair texture added in so far
This website uses cookies to improve your experience. Continue to use the site as normal if you agree to the use of cookies. If you’d like to find out more about the cookies we use or to opt-out, please read our Privacy Policy. By choosing "I Accept", you consent to our use of cookies.