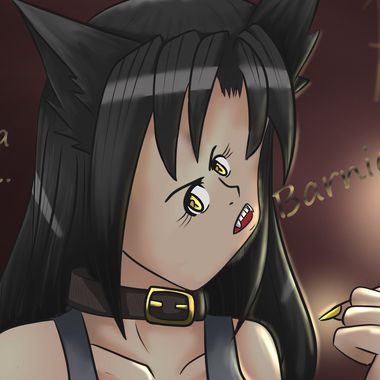 This is the cover page of the digital manga I am writing called "The Demon of Red".

This story takes place on a world that is separated by a great barrier, one that sections up the world into several pieces.

In on such area of the world, there was once a demon that plagued the lands, terrorizing the people as it ruined cities, breaking families and absorbing life.

Something inhuman eventually came along and ended the threat, their own life was a sacrifice to end the suffering.

Hundreds of years later, a young woman's inhuman body was found by a brilliant mind, just as rumors of demonic activity begin to stir up all over.

Depending on the success of this manga, I will continue it with one more story arch that I have written down for it, or move on to another story I have been writing along side this one.