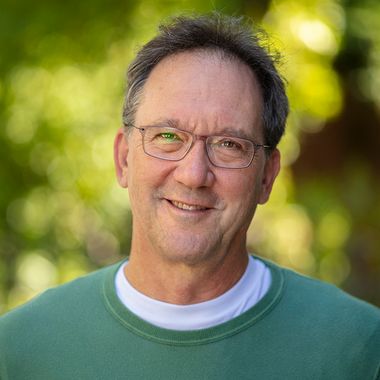 Dr. Tom Cowan
Hi, I'm Dr. Tom Cowan, alternative medicine doctor, speaker and author of best-sellers such as "The Contagion Myth," "Cancer and the New Biology of Water," and "Human Heart, Cosmic Heart." My community is a safe place for us to share common-sense information supporting physical, emotional, social, spiritual and intellectual health and wellness. We are driven by the relentless pursuit of truth, as we strive to forge a new world; one that is clean, safe, joyful and meets the true needs of all living things.
Aug 23, 2021 06:57 PM
Public post
This prescient quote from one of the most eminent medical scientists of the 20th century, André Lwolf, who was appointed head of the department at the Institut Pasteur in 1938, shines the light on the fundamental problem with modern virology. Virologists today have abandoned even the pretense of looking for a particle that could be called a virus. They are concerned only with finding and studying genetic sequences, either DNA or RNA, whose origins are unknown to them. The sequences come from either unpurified fluids from a sick person or a poisoned and starved tissue culture in a lab — never from an isolated virus. These sequences are used to "prove" the existence of a virus and to create diagnostic tests, despite the absence of any connection to any actual virus. Thanks to Dr. Sam Bailey, co-author of "Virus Mania," for finding this relevant quote.
#virology #badscience
Comments (10) loading...
Like(16)
Dislike(0)
View previous comments

Billie A Kruger
But 99% of the world's population hasn't heard this yet or cannot understand it.
about 2 months ago

UncleZook
Thanks to Dr.Cowan, Dr. Lanka, and Dr. Kaufman, the 99% are about to hear it and won't be able to unhear it after that. Understanding this new discovery in microbiology will then be a matter of dusting off the archives in the great abandoned library of biological sciences ... and learning terrain theory all over again. I'll do my part by demanding that the new powers-that-be rename 'The Louis Pasteur Magic Institute' to "The Antoine Beauchamps Science Institute". Pax
UncleZook
about 2 months ago

Geraldine May
Bechamps
about 2 months ago

Billie A Kruger
And I'll do my part by bulk mailing Dr Cowan's new booklet to all the residents in the county where I reside (if the post office will cooperate) and then the county next door ...
about 2 months ago

StephiWuWei
Western allopathic medicine models created a purpose for man to step in as a middle man to make generous income convinced they are helping us with well intended medicines and treatments.
about 2 months ago

Follower №890e60aa
I worked in virology. It didn’t take me long to expose the deception. My questioning of analytical methodology brought me into conflict. Virology really is a Mickey Mouse smoke and mirrors pseudo science
about 2 months ago

Billie A Kruger
yes, there's nothin' sacrosanct about research labs ... just a place to check the necessary boxes on your way thru grad school or med school
about 2 months ago

Follower №890e60aa
Thanks to you both
about 2 months ago