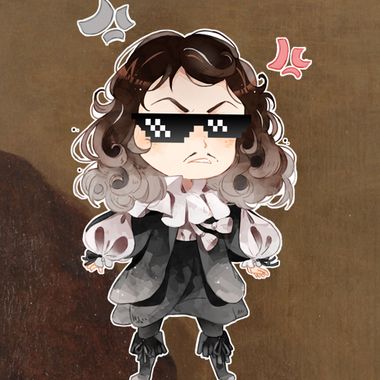 Louis Le Vau
Public post
I thought it best to let those of you supporting me here on SubscribeStar know what happened with the last stream with Carl. On his advice I put the stream to private in anticipation of a reaction against my channel. As it turns out he was completely correct as I received a community guidelines strike days later and multiple age-restrictions in the week to follow. The video that was removed for "hate speech" was: (((THEY))) and the Muslims That Hate Them which can be found on my BitChute Channel here: https://www.bitchute.com/video/8X4hXkmhmVo/. This is in fact the second video I've done on the topic that has been removed. The first was: "When They Came for the Jews" which can be found on my BitChute channel here: https://www.bitchute.com/video/3LighFGjlsc/. Apparently one of the roles the ADL has on YouTube is covering up for the anti-Semitic attacks against Orthodox Jews by (primarily) blacks and Hispanics. Anything to keep the narrative on point, am I right?
Comments (2) loading...
Like(8)
Dislike(0)

Louis Le Vau
Public post
YouTube has once again decided on a whim that one of my videos is dangerous enough to remove from their platform. The video is: Coordination and Coronation, which is now exclusively available on BitChute. I waited a few days to mention this mostly out of indifference as this is now just standard practice for YouTube. It’s ironic that in the video I compare myself to “Ray” from the Trailer Park Boys in having no hope. I believe this is my third video removed from YouTube for dubious reasons but at least this time they notified me of the removal. I want to cover the Newsweek “election fortifying cabal” article but it’s instances like this that YouTube knows intimidates commentators from offering opinions on political events. Until a real competitor is able to challenge YouTube’s monopoly over video hosting commentators such as myself are stuck using it despite loathing the company. https://www.bitchute.com/video/K0H5tKumdPQ/
Comments (0) loading...
Like(8)
Dislike(0)

The stream with Sargon/Carl is now back up on the channel. Thanks to a problem with YouTube failing to process an edit to the stream I was forced to wait hours. https://youtu.be/roMoPU2_imM
Comments (1) loading...
Like(5)
Dislike(0)
View previous posts (6/25)
See something you like? Subscribe to see even more!
Subscribe Now
The subscription gives you: