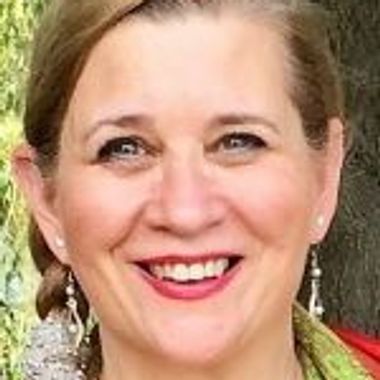 Karma and Grace
Reverend Yankee is a Newfield Network trained life coach who has been working professionally as an intuitive/spiritual counselor/interfaith minister/medium and teacher of metaphysics for nearly 30 years. See more at: reverendyankee.com
Subscribe
Send Message

All the benefits of a subscriber and: Exclusive voting power

All the benefits of a supporter and:

10% discount off the tuition of any on-line class I teach, as well as access to recordings of said classes if unable to attend in person.

All the benefits of a benefactor and:

15% discount off the tuition of any on-line class I teach, as well as access to recordings of said classes if unable to attend in person

Any book purchase will be signed

A once per month newsletter geared specifically towards my higher tier patrons, with information on topics such as navigating the chaos the world is experiencing, what the month may hold for all Advanced Souls, as well as updates on my book progress, my healing and invitations to gatherings in your area.

All the benefits of a Patron Saint and:

25% discount off the tuition of any on-line class I teach, as well as access to recordings of said classes if unable to attend in person

25% off one 1 hour phone session per month

Any book purchase will be signed

A once per month newsletter geared specifically towards my higher tier patrons, with information on topics such as navigating the chaos the world is experiencing, what the month may hold for all Advanced Souls, as well as updates on my book progress, my healing and invitations to gatherings in your area.

All the benefits of a Guardian Angel and:

50% off any additional sessions they want or need

50% off the tuition of any on-line class I teach, as well as access to recordings of said classes if unable to attend in person

A free signed copy of any book I publish, now and in the future

A mention as a Silver Patron in all of my books

A once per month newsletter geared specifically towards my top-tier patrons, with information on topics such as navigating the chaos the world is experiencing, what the month may hold for all Advanced Souls, as well as updates on my book progress, my healing and invitations to gatherings in your area.

Limited (0 out of 5) subscriptions
Unlock

I've moved my subscriber platform over to SubscribeStar from Patreon and it may take a bit for it to get set up, so bear with me!

2020 has been quite the year, hasn't it? I have been dealing with COVID and it's after-effects in my own life. I started developing symptoms in February, but due to my compromised immune system (chemo drugs for cancer treatment), I was ill right through the beginning of May and hospitalized twice during that time.

For those of you who follow such things, we started the so-called 'End Times' in May of 2012 - yes, the Mayan calendar was correct - however, it's more accurately called the Beginning Times, since this is the beginning of the birthing of the Golden Age. Please remember that birth is noisy, messy and painful.

Mother Earth, or the Goddess Boomi Devi as She is called in Sanskrit, agreed to be the vehicle for this Cosmic Experiment. In return She was gifted with the ability to attain Enlightenment in this lifetime, along with the rest of us (I am including every embodied and disembodied being attached to this dimension, including all flora and fauna - rocks and minerals too ).

There are an infinite number of Cosmic Beings (also referred to as angels, archangels, Ascended Masters, ET's, etc.) surrounding this planet, channeling Divine Love into Her 24/7. Unfortunately, Divine Love holds a very high vibration - 500-1000 on the David Hawkins scale. Our planet is still at a very low vibration (around 300-400), although She is moving up into the 400's, with an occasional dip over into the 500's (the vibration at which unconditional Love is present).

In order for our reality to attain 'escape velocity' and move into the 5th dimensional vibration where we belong, we need to drop a LOT of baggage. We are moving from a fear-based paradigm to a Love-based paradigm and so all of the density we have been carrying (and with which we have burdened Mother Earth), has got to go. "A Course in Miracles"  states that "Love brings up that which is unlike Itself for the purpose of healing and release."  You pour dirty water into a clean glass and all of the filth has to rise to the surface before the water runs clear. We are releasing all that is unlike Love, and that includes the opposite of Love, fear.

So all of this insanity that we are experiencing is the releasing of the fear that has been embedded in Mother Earth's crust for millennia. How much blood has been spilt onto Her? How many injustices has She witnessed? How much hatred, violence, bitterness, and grief  has She taken on for us? This is what has to be purged before we can 'lighten up' and continue our journey into becoming a card-carrying, grown-up member of the Galactic Council. (More about that later in another post.)

Those of you whom have read Revelations know about John of Patmos' visions of how this is supposed to happen. However, John of Patmos could only interpret his visions with the knowledge and education he had achieved for his era. Plus, he was kind of a buzzkill. Then we have to add on all of the misinterpretations that happened from the time the Book of Revelations was first translated out of its original Aramaic.

Metaphysically speaking, the novel corona virus (which causes COVID) is the beginning of the Tribulation period mentioned in Revelations. However, my Guides have corrected me on the use of that term. We are actually in the time of 'Purification'. If you listen to the Fundamentalist sects, they're waiting on the 'Rapture' to take place, which was supposed to have happened before the Tribulations. The Rapture being the time period during which all the perfect God-fearing followers of Jesus Christ would be lifted to heaven to have a ringside seat to watch their neighbors burn. (SMH - one of my favorite bumper stickers read, "Come the Rapture, can I have your car?")

The truth is, the 'Rapture' began back in 1987 when a high percentage of the unconscious Bodhisattvas on the planet shifted their vibrations into a higher gear. (If you are reading this, you are one of these Advanced Souls, as those are whom are drawn to my teachings.) Over the last 30+ years, this Hive Mind has continued to drop density and raise all member's consciousness levels.

If you are saying this can't be you because of all of the hardship and suffering you have undergone, remember, the Hive Mind is purging all of the karmic density which it took on for the rest of the planet. However, now you are being called to let go of the past and recognize the potential which is inherent in each moment. When we choose a different story than those which we have enshrined in the past as the gospel truth (I'm not worthy..., I don't deserve..., I'm bad..., I'm... - fill in the blank), we can step into a much more powerful and empowered place. That is what this first purification is all about. Whatever you are holding onto that no longer serves your purpose on this planet is going to get pried out of your fingers if you don't just drop it. Hence, the challenge we are now facing with COVID, the outing of the depth of corruption in world governments, financial institutions and corporations, as well as the glaring social injustices that have been, for the most part, swept under the carpet.

0.0%
collected
to reach
Dealing with 4th stage cancer and the debilitation caused by my treatment has made it challenging to work at the pace I have in the past. In order to work smarter, rather than harder, I am selling access to my numerous classes, in video and podcast form. I very much appreciate your appreciation!