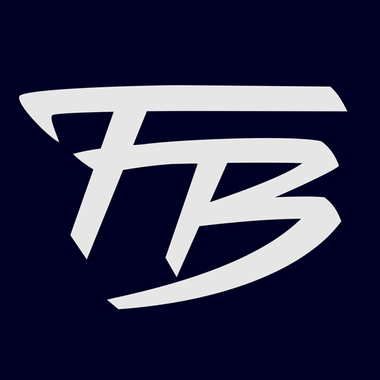 The Land of Meaning Explorer is a website with animated diagrams that use the same visual metaphors as Land of Meaning to represent the ideas in Jordan Peterson’s first book, Maps of Meaning.
The purpose is to make it easier for people to understand our motivations for acting the way we do, hoping it will allow us to become more balanced. It is not intended to be a replacement for the book Maps of Meaning. JBP carefully goes through the evidence from psychology, literature and neuroscience that backs up his statements in the book, and you won’t find that aspect of the book in here. That is why I included the page number for each of the quotes and I encourage you to read the reasoning behind them, so you can build your own informed opinion.
If you had to take with you only one thing from this website, I recommend you choose section 5.2.1 The Adversary in Action: Voluntary Degradation of the Map of Meaning. That section describes the pathology behind the ideological possession that divides the world into extreme right and extreme left. If we could recognize and avoid those behaviours within ourselves, I’m convinced the world would be a better place. The rest of the site, however, provides the background to fully understand that section.
PsychologyMythologyJordanPetersonIllustration
Comments (0) loading...
Like(0)
Dislike(0)

This was one of the designs I submitted for Jordan Peterson’s call for illustrators for his upcoming book “Beyond Order: 12 More Rules for Life.”
The challenge asked applicants to create their own version of The Fool card in the  Rider-Waite Tarot deck. My design kept the medieval/fantasy theme from the Tarot deck, but it deviates from a traditional design by using a more dynamic composition. I decided to add two characters to make the scene easier to associate with the title of the chapter: “Do Nor Carelessly Denigrate Social Institutions or Creative Achievement.”
The character up in the tower is a conservative type, who rejects the Fool for deviating from the established path. The character laying in the pond ia liberal type who mocks the Fool for attempting to take part in society at all. There is also a cricket standing in as the Fool's guardian and a butterfly representing the Fool's naively idealistic concept of the world, the reason why he might fall off the cliff.
Comments (0) loading...
Like(0)
Dislike(0)

As I drew the different areas in Land of Meaning, it became clear to me that each one could be associated with a particular ideology. At first I thought of labeling each area with an ideology that would lead to that situation when taken to an extreme. In particular, the Tower of Arrogance was going to be labeled as Fascism and the Resentment Whirlpool as Communism.
But I soon found defects in that criteria. Firstly, what is going on in both those places is pretty bad. Neither a fascist or a communist will tell you that they are trying to build something like that. So this criteria would be something like “where this ideology unknowingly takes you when taken to an extreme.” But then the second problem appeared: there are some places on the map where good things happen, the ideologies in those areas would clearly be better than the others, especially paradise… which ideology could possibly bring you to paradise when taken to an extreme?
After thinking for a while, I realized that I shouldn’t be trying to ascertain what each ideology ends up doing, but rather focus on the story that each ideology is telling. Ideologues pick a particular narrative and trend to think that it is the most important story in the world. So the Tower of Arrogance ended up labeled as Anarchism, as it tells the story of how all hierarchies are oppressive. The Resentment Whirlpool was labeled as Fascism, as it tells the story of society being constantly threatened by subversive forces.
MythologyPsychologyIdeologyIllustration
Comments (0) loading...
Like(0)
Dislike(0)

The myth of the Gautama Buddha is a very complete example of the story elements featured in Land of Meaning.

The first part shows how when you reach a summit, a whole new plane of experience can open up, making you conscious of how limited you actually are. Your perceptions expand one level, so what you considered the finish line ends up being a new starting line.
The second part shows the complete cycle of the mythical hero. Siddhartha Gautama travels around the known land in search of the key to improve the world. He can’t find it there so he heads into the unknown, goes through a struggle in the underworld and discovers paradise. Finally, he returns to home to share his discoveries with his people.
PhilosophyReligionBuddhaMythologyPshychologyIllustration
Comments (0) loading...
Like(0)
Dislike(0)

Land of Meaning is an interactive map that represents several elements from Dr. Jordan Peterson’s lectures about mythology, religion and psychology.

In his first book, Maps of Meaning, Peterson frequently uses metaphors with physical objects or sceneries (decisions as paths, culture as a protective wall, the unknown as a sea, etc.) when describing abstract concepts. This got me thinking if it would be possible to create a world where these different elements coexisted. The result was a map illustration and accompanying website that describes what each area represents, how different myths and popular stories could be represented as a trail along this imaginary land, and how different political ideologies see the world as a specific area of the map.
PhilosophyMythologyReligionJordanPetersonIllustrationTraditional
Comments (0) loading...
Like(0)
Dislike(0)
See something you like? Subscribe to see even more!
Subscribe Now