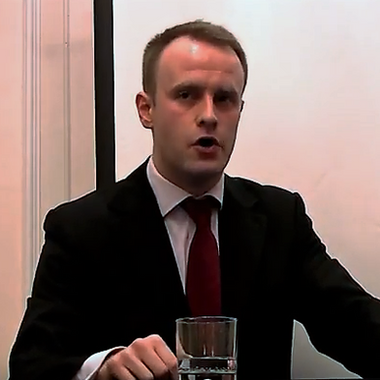 Access to all free articles and posts in one place.

An Article from Free Life

Recently, I posted on Free Life an analysis of the threats that can be posed to liberty by interstate relations and conflicts. Today, I wish to reiterate one particular part of that analysis: that we cannot analyse relationships between states by reference to libertarian principles in exactly the same way in which we discuss relationships between individual people.
Only individuals have rights to the physical integrity of their own bodies and to that of goods they have acquired, either through original appropriation or through voluntary transaction. Consequently, concepts such as “ownership”, “property”, “sovereignty”, “aggression”, “criminality,” etc. only have a concrete meaning when applied to individuals. If, for instance, P initiates physical force against Q – say, by shooting a gun at him – we can say clearly that P, by violating the property rights of Q, has committed an act of aggression against the latter. Further, should Q act so as to protect himself then, subject to certain limits, we would easily classify this response as self-defence. If P happens to be a state goon – say a policeman or tax collector – initiating force against Q on the state’s behalf, then we may summarise P’s action as being that of the state. However, the basic clarity of the analysis remains: he who initiates force is the aggressor; the recipient of that force is the victim; the former is the clear affront to the liberty of the latter.
States, however, exist only by violating the rights of others. Each and every single one of them is an occupying force of the particular territory over which it claims to have jurisdiction. None of them has any basic right to anything at all, and all of their actions are prima facie illegitimate. Even the most ostensibly peaceful state action will have been funded not from the personal assets of the particular politicians in question, but by taxation mulcted from the citizenry. Thus, given this fundamentally unjust nature of states, the use of binary distinctions such as those between “peaceful” and “aggressive” behaviour, or between “aggressor” and “victim”, makes little sense when discussing interstate relations. At best, we can ask only whether a particular act of a particular state, relative to that of another state, is likely to be better or worse for the liberty of those who have to suffer under state rule, both immediately and in the long run. In this regard, concepts such as “sovereignty” and “borders” – whether our concern is with invasion, secession, immigration, trade or any other interstate act – are useful only insofar as they can serve as a shorthand or proxy for the rights of individual people.
For example, say that the state of Ruritania invades the state of Muldania. To say here that Ruritania’s invasion is an act of aggression simply repeats a truism. We know already that Ruritania is occupying territory to which it has no right (just like it has no right to occupy its own territory), and that innocent civilians are likely to end up as casualties, either intentionally or as so-called “collateral damage”. But neither does Muldania have any inherent right to that territory either – indeed, to assert that Ruritania is “the” aggressor is to implicitly legitimise Muldanian rule. According to libertarian principles, the reason this invasion should never have happened is not just because it is an aggressive act but because neither Ruritania nor Muldania should even exist in the form of states in the first place. But given that both states do, in fact, exist, and given that the invasion has, in fact, happened, it can be classified only as a fight between different aggressors, not between aggressor and victim. Rather than being like a straightforward bank robbery, the situation is more akin to a shoot out between two different gangs of thieves, each of which is trying to rob the bank for itself. In assessing the impact on the individual people affected, we have only a choice of which acts by either state end up being better or worse for their liberty, and this will depend upon the particular circumstances.
Continue reading on Free Life
InternationalrelationsWarForeignpolicyInternationallawAggressionArmedconflict
Comments (0) loading...
Like(0)
See something you like? Subscribe to see even more!
Subscribe Now
The subscription gives you:

0.0%
collected
to reach
The more generous support you can lend me the more time I can invest in producing quality material for you to read and enjoy. Thank you!