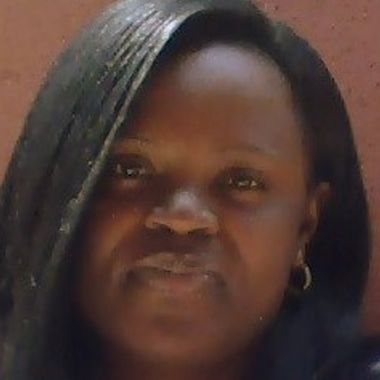 I sighed as soon as an enchanting guy in a posh car pulled up beside the pauper girl carrying a tray of green leafy vegetables on her head to the market.

The Nollywood storyline had become as common as fufu-corn with njama-njama in our house. Boring. Predictable end. As surely as autumn comes after summer and then proceeds to spring tide, the guy would fall in love with the girl, renovate her life and her family's, and then they would get married and live happily ever after.

I glanced at Mama. Her eyes punctured the screen as she muttered something to herself.

It took no rocket science degree to discern her thoughts: Oh Lord, let this happen to my daughters. Let a boy from a wealthy family fall in love with my girls. Come to our rescue and change our story.

I replied to her imaginations. Mama, that happens mostly in the movies. The majority of the poor folk just have to toil their way through life.

That evening, seven of us sat in the living room of our two-bedroom apartment. A large family I'd always resented, especially with the arrival of the last set of twins three years ago.

The rich guy on the screen asked the pauper girl to mount the car. Ulama's enlarged, dreamy eyeballs ran through the man and then the car. In the manner of a properly brought up village girl, she declined the offer.

Richards, the light brown, strikingly handsome young man, exhibited his vehemence. He dismounted the car and approached Ulama. Taking the tray of vegetables off her head, he pulled her by the hand to the front seat beside him.

As expected, Ulama continued to put up a front of resistance but after several episodes of cajoling from Richards, she mounted the car. With an air of victory, Richards shut the door and hurried to his side of the front seat.

When they drove away, I left for the bedroom.

"Fien, why don't you wait for the movie to end?" Mama asked me.

I sucked my teeth. "I know how it will end."

My twin sister, seated to mama's right, laughed. "Fien, the no nonsense girl. She hates this kind of stories."

Mama stared down at her mended flip-flops. I felt sorry for her, but I couldn’t stay to watch the movie to the end – it would only make me angrier.

I went into the bedroom and closed the door. Another session of closet weeping had come. The only available medication against my frustration.

The date said 30th August 2012. A mere week after my seventeenth birthday and three weeks after my success at the General Certificate of Education, Advanced Level with passes in History, Literature in English, and French Language.

Everything around me seemed to progressively confirm my fears that acquiring the A Levels certificate was as far as my dream of becoming a journalist came.

That was something I was not willing to accept. Just yet. And I had weighty reasons not to acknowledge the impossibility. My two years in the High School were majorly my efforts – hustling during summer holidays with the Tubah council's holiday program to obtain fees.

The actual fight with my parents concerning my education had started that earlier. But my naivety back then had silently believed that they would step in after the two years' relief period and sacrifice for me to become a graduate.

Secondly, my parents could afford the expenses if they really wanted to – That's what I believed then, and forgive me, I still do. One, Papa was a bike rider and Mama a petty trader of seasonal fruits.  Two, our family owned a piece of land at Fingeh, towards Mbingo, home to the renowned Baptist Leprosy Hospital.

I knew parents who had sold land or used it as collateral to get money for their children's education. I could not then understand why my own parents would not have the same sacrificial heart.

Thirdly,  our residence was a short distance from the newly created University of Bamenda. We lived among students.

But I despaired in consideration of this third reason. Journalism was not an option in the new University. It was either I went to the Advanced School of Mass Communication in the capital city of Yaoundé, through a competitive examination which rumors had that a bribe was necessary to secure a spot, or to the University of Buea through study of files.

Private Universities in Bamenda offering Media Studies were too expensive. The tuition was low in state Universities but relocation meant rents and living expenses. Either way, the total cost was probably the same.

Since the proclamation of the results, not a day passed by without me crying in the closet. I lamented being born into a poor family. I hated my parents for having given birth to too many of us without the adequate means of raising up the children to their dream lives.

I moaned the intransigence of my own heart, a heart that bore a passion to be something. Something better than what my parents envisaged for me. Something more than what society considered to be my acceptable permanent lot in life.

"Perhaps, I'm just a dreamer." I would sometimes allow for acknowledgement of the probability of juvenile obliviousness, on my part, to the hard realities of the socio-economic atmosphere to which my parents gladly took recourse in. I just need to let go and accept it.

"Not everyone gets what they want out of life. If I'm lucky, my children would accomplish that which I was unable to achieve."