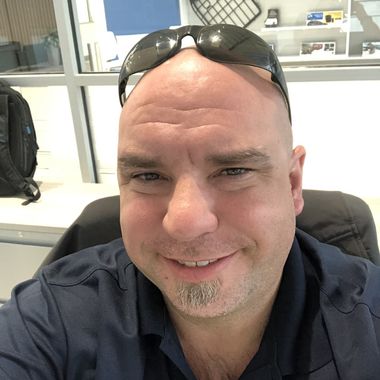 Bruce Lombardo's RPG Page
By proceeding, you confirm that you are
at least 18 years of age.
Yes, I choose to proceed
Cancel
Cancel

18+
Bruce Lombardo's RPG Page
I'm a fan of table top role playing games, and I don't believe you should go to the poor house trying to follow your hobby on occasion.
Subscribe
Send Message

For those that know my content, that I've met at countless tables over the years, I have a inkling that your gray matter will provide my friends some good times, whether or not we are laughing at you cobbling together an overly complex RPG, or if your game would actually work for the table of players that I have.

Ten dollar a month subscribers gain access to a monthly game I’m running set in the Lost Lands, the campaign setting home to The Slumbering Tsar Saga, and Rappan Athuk. These sessions will be a minimum of four hours of game time, plus, and hosted on my Youtube site (or if on some other service, I will port those subscribers to that location).

Bruce Lombardo's RPG Page
Public post
Example of Character Design III: David groans as he rolls up the singular major flaw, and her two minor flaws. Her major flaw, “Enmity toward a Class,” causes the Referee to roll, and she tells David, “Just stay away from wizards, and you should have good days.”
David asks, “Can I re-roll?”
The Referee shakes her head, “Not if you want to play at my table. The die is cast.”
He stares blankly, thinking of many various words of different languages. “That isn’t fair! Wizards could be everywhere!”
“You’re right! Do something, choose something, and you should have to live with those consequences, right? Why is this table any different?” She makes some notes on her tablet, “What are your minor rolls?”
After a couple of tosses, he mutters, “’Jerk,’ and ‘Loss of Eye.’ I thought you could do re-rolls for a building point.”
“If the Referee allows, indeed. I’m not so forgiving. Maybe you should have offered to wash and detail my Escalade in exchange for ten bee-pee.” She takes her coffee and swigs it down, drinking the grounds at the bottom, too.
David decides to take the building points from his three flaws and convert them to ability score points for his Charisma and Constitution scores. “I need to be likable, and healthy if that doesn’t work.”
Comments (0) loading...
Like(0)
Dislike(0)

Bruce Lombardo's RPG Page
Public post
It was a messy Summer.  I'm pretty happy to be healthier than what I was earlier this year.  I am getting ready to release my first four chapters of this into the public domain for it's evisceration.  Some people will attack it, because that's what they do, but I didn't make this for them.  They have Dungeons and Dragons they are ruining, they have Paizo which was okay in concept, but unplayable without electronic aids in Second Edition.

Here's a link for you, on my last game that I ran for my low level campaign.  I hope you enjoy.https://www.youtube.com/watch?v=T88_2rdisKM
Comments (0) loading...
Like(0)
Dislike(0)

Bruce Lombardo's RPG Page
Public post
This week, I've been compiling some quirks and flaws from various systems, and making them fit within the Game as I've been pulling it all together.  This is a herculean task, which is great, because every time I type one in, I take a drink.  RIP Kidneys.
Comments (0) loading...
Like(0)
Dislike(0)

Bruce Lombardo's RPG Page
Public post
Hello, Gamers and those of you viewing me from time to time.  I've been busy, being a ninja, and everything!  A fat ninja.  Sure, you're like, "Ninja Please."
Finally we are looking at the completion of the priors and particulars.  I've been writing through this when I have time, going through various amounts for character points, to see what you people would create, and if you could break the game.
We will see what happens, but look for more in the future!
youtbue.com/brucelombardo75
Comments (0) loading...
Like(0)
Dislike(0)

Bruce Lombardo's RPG Page
Public post
Yikes, work had me with little time to post while I was busy taking care of inflating the amount of flaws and hindrances one person could have for their character.  Flaws are great things for characters to have in any RPG, and they allow you to add another dimension to your alter-ego.  Because this isn't going to be a fully printed out book with a binding which could have a Paizo-like life expectancy, I could conceivably add on such juicy things in time immemorial.
But why?  I want to write this document, play test it, and then work on the bestiary.  Once that's ready for consumption, I think we have a bonafide potential to have a game that can grow with the community.
Comments (0) loading...
Like(0)
Dislike(0)

$120
to reach
the Goal
This goal is just to get a friend to do some artwork, in the most outrageous style that he can, so I will have a cover for my design document.