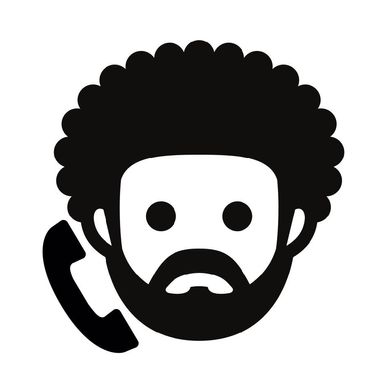 It's time to say goodbye.

The recent inflation and recession has put severe pressure on datacenters to generate revenue. While we were working on software changes to support even more inbound calls, our inbound call partners had started demanding $7,000+ from our carriers to basically answer junk telephone calls that they have to absorb regardless if anyone rents their DIDs or not. As a result of their strange demand, we ended our relationship and returned the DID numbers that we were lent. Many scammers have added BobRTC DID numbers to their scrub lists to prevent their scam dialers from reaching us, proving the point that if you want less scam calls to hit your phone, the only way to get a scammer to delete your number is to waste their time.

That said, our home datacenter has also jacked up our rates to the point that no amount of donation drives would be sustainable

The founder of BobRTCs have donated over $30K of their own personal funds to try to keep the project going, but given how much effort we put into it only to see rates eat up what we raise and then some, from a financial perspective it doesn't make sense to continue to rent machines at a public datacenter for this project.

Then there is the final insult: certain members of the scambaiting community. Let's take one that went by the name of "BluePhoneBuster" as an example. This type of scambaiter loves to insert themselves into other people's projects, do no work, but then also cannot tolerate other scambaiting communities other than the one(s) that he alone runs. Ergo, he starts attacking the same communities he was a participant in. There's several scambaiters out there like this, who only take enjoyment from making other scambaiters experience a miserable one and driving them out of the community.

We launched BobRTC as a service in early 2019 in hopes to make scambaiting easier and more fun to do. We never had the desire to be mean, ugly, pimple-faced gatekeepers. We thought by doing this project we could have an impact. In many ways BobRTC did achieve many things in scambaiting, particularly against SSA scammers (which we had a direct hand in getting many of them arrested in India). We also, with the help of AT&T, took down Premium Techie Support and the Glendale, CA based man who was behind that scam (AKA Saburi Pvt Ltd, India) was forced into a consent decree by federal prosecutors.

As a team we have other projects we are working on, anti-scammerism still runs through our blood.

It was nice knowing all of you.

$177 of $500
per month
We need your help with BobRTC's administration costs. Your donation helps keeps the servers running, our non-toll-free phone bills paid, and it goes towards our legal defense fund so that we can continue to provide a valuable service to the scambaiting community. We can't do it without YOUR support. Thank you!

jasonsgarage
Hi welcome to Jason's Garage, this is all about backyard Mechanics and a lot of "DIY" and "How to's" And General Automotive Mechanics
This website uses cookies to improve your experience while you navigate through this website. Continue to use this website as normal if you agree to the use of cookies. View our Privacy Policy for the details. By choosing "I Accept", you consent to our use of cookies.