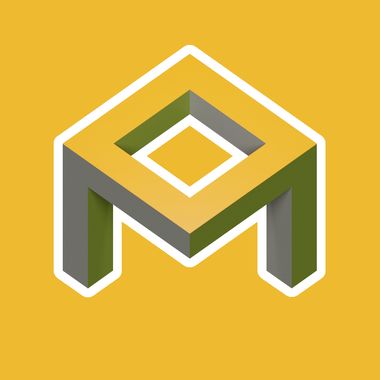 Decided to branch out and start my own merch line. As stated in previous posts, Having my own brand of offerings has been something I've thought about for a long time but lacked dependable resources to pull it off. The gig economy has helped address this issue through platforms such as TeeSpring and RedBubble. I opted to work with the latter as it was the quickest from start to posting designs in your shop.

The first design (iterated into two versions) is the "Damned if I do, Damned if I don't" emblem that was inspired by personal events that were intensified by the advent of COVID-19. DIIDDIID is a mantra I've held and looked to in times when it really felt like there was no point in even trying, knowing that certain situations would arise again in ways I couldn't defend against. This inevitably lead to many days where half the battle was getting out of bed. I know this pangs of heavy depression "vibes" but I can solemnly swear it's mostly related to things happening behind the scenes that would intensify if I started speaking about them publicly - rather keeps things at "not-so-great" than make them "worse".

I let go of a lot of dreams particularly this year, and even started scrapping the progress of my YouTube channel which had started to see increasing and stabilizing growth as it was becoming a major source of anxiety due to the new issues it was welcoming along with the "safe-space" codependency I was developing with it. It became the place I could run to to block out some of the things I could not control. Granted, it made it possible for me to prove to myself that I was capable of building something that could be appreciated-by and help others, but it also incentivized ignoring other things that would not go away without really addressing them.

These unnamed issues are still very much in play, but I've been able to get some perspective recently and take a serious look at where I am, how I got here, how I'm still here, and where I want to go and be. I think the biggest lesson is that things take time. Whether is be healing, learning, rebuilding, the decision of when and how these things take form works on a timeline outside my present perspective/scope and all I can do is work on those little bits that contribute to realizing these goals.

These two designs are the first in a series that represent that ultimate choice we're given at any point: to do or not to do, to be or not to be - either way it's a choice that needs to be made to the best of your ability and hope that you succeed, or at the very least learn to do better next time and not dwell.

In the past I decided to walk away, biggest walk-away was this year when I let go of the pursuit of being an architect, with everything done except the dissertation which was already underway. Unfortunately, and excluding C-19, some things went left and I had to decide if preserving my mental health and regrouping was more or less important that getting that degree which I had been losing the luster for - rather have someone passionate and hungry for it get it. This resulted in me starting my YouTube channel and exploring the things I was more passionate about - something that has done wonders for my mental health and self-esteem (and saved my life in many ways). It did, though, come with new challenges outside the space that showed me that I needed to be more vigilant and attentive with my interactions with people, and I'm thankful for that as I will hopefully not make the same mistakes when I was more trusting and naïve.


There's a wide variety on offer with just these two designs. I know it's weird that my first branded offering isn't even related to AFRIKANIZ3D and its associated imagery. This resonates the most for me with where I am and I look to it in those moments of doubt - Lord knows there'll be more ahead, but that's life, isn't it?

The Week Before ChristmasThe week had it's ups and downs. Work is going well. My YouTube audience...

Had some technical setbacks earlier this week as I was completing the the final two inserts. I finally managed (for the most part) to work around them, but this was also taken as an opportunity to re-evaluate what I was doing and how I was doing it.

I'm very happy with the improvements and glad that things worked out the way they did because it means it's going to be a better final product than would have been had things continued.

Will be posting WIPs as things progress

This weekend was to mark the end of the modeling stage of the insert, but some persistent issues I was having, particularly with the fourth insert, led me to discover that they were not going to open/work in other versions of Blender that weren't 2.92 alpha.

Admittedly disappointed, I do also see the bright side: starting again in a more stable version is also an opportunity to improve on the designs. This type of thing has been happening a lot this year and I have to believe it's working in my favour - making a better product.


2020 continues to strip some and distill other qualities, and it's mostly been to my benefit.
Persistence and Patience have become the name of this game.

HEXES WIP 2Working on the third 3D mesh insert of Volume 1 is proving to be an interesting one an...

0.0%
collected
to reach
ALIENWARE M15 R3 GAMING LAPTOP TL;DR - I'm working towards getting a machine from a long-time favourite brands, Dell, which I recently found out bought Alienware, a brand I first considered. Such a confluence was a something I took as a sign and has become the motivation for something I once considered out of my league. I'm willing to put in all the hours to pay for it out-of-pocket. This is for anyone whom would like to support the cause. There's a second phase to this goal, but it will sound cheesy if I share it before even getting halfway. No obligation, I'm doing it regardless. 🤙
0.0%
collected
to reach
Completing my Formal Studies 2020 has been a difficult year for many - that cannot be denied. I was was on my way to completing my masters degree in architecture and due to circumstances (that aren't COVID-related) I made the decision to withdraw in service of protecting my mental health. I pivoted and started my journey towards becoming a Technical Artist and my YouTube channel serves to document that learning journey. This didn't, however, completely close my chapter in academia - I just needed to regroup and re-evaluate what I wanted and what having that degree would mean for me moving forward. I've since found an avenue I'd like to pursue with the intention of it complementing what I'm doing now. Finding funding (avoiding the loan route) isn't an easy one, but I'm exploring as many avenues that I can - This is one of them. The listed amount covers registration and full tuition. Everything else I'll hopefully be able to cover through odd-jobs and commissions. My goal is to raise these funds throughout 2021 and hopefully register for 2022.