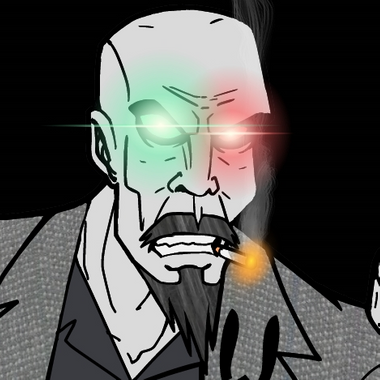 Weaponized Nerd Rage
Hi, I am Weaponized Nerd Rage (Weap for short). I am a youtuber that focuses on entertainment news, controversies, and upcoming releases. I am currently creating comics and an RPG called OBSIDIAN DAWN.
Subscribe
Send Message

Small, crafty, vicious in large numbers. Gains access to the Private Discord server (Send an email and you will be given a link if it does not add you automatically), access to Patreon Only posts including miscellaneous reviews, as well as their name in video description credits.

Strong and stubborn, a dangerous combination. Orcs gain access to all previous rewards but can also suggest a movie review to be added to the Subscribestar exclusive content.

Masters of psionics and the arcane, Illithids are to be fear and respected. Gain access to all previous rewards, but can also suggest topics to be covered in either exclusive content or on the youtube channel.

HP Lovecraft: In His Defense The rough draft for the HP Lovecraft video is live now for Subscribe...

Over the last month I've been working on a special project. Having grown tired of everyone trying to cancel HP Lovecraft and remove him from history, I decided to throw myself at the debate. What initially started out as a single video has turned into a full blown HP Lovecraft documentary. The script is finalized and recording will begin this week and hopefully editing will be done by the end of the weekend.
As a special thanks to you all, I will be giving you all a first look at the documentary when it is completed before it launches on YouTube. Stay tuned.
Comments (0) loading...
Like(0)
Dislike(0)

THE NIGHT EATS THE WORLD So did you enjoy movies like JOKER that show a character's slow descent ...