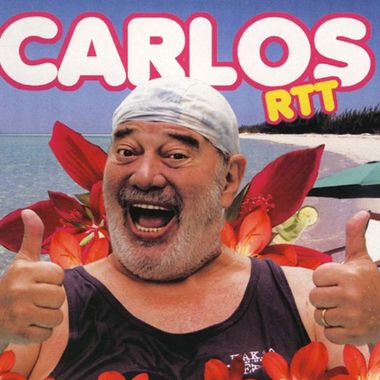 Yep, you read that right - Logan Paul isn’t the last YouTuber to have entered Japan’s ‘Suicide Forest’ in the hopes of filming a shocking vlog.

Indonesian YouTuber ‘Qorygore’ has received massive criticism after traveling to Japan’s Aokigahara ‘Suicide Forest’ in what appears to have been an explicit venture to discover the bodies of deceased persons - not unlike YouTuber Logan Paul, who faced similar backlash after filming a body for a vlog in early 2018.

In fact, Qorygore even admitted to taking inspiration from the massive YouTube star, calling himself “Logan 2.0,” upon finding a decaying corpse amongst the foliage.

COCONUTS.CO / YOUTUBE “No dead bodies, no fun,” Qorygore stated of his venture, going on to joke about the body he and his friends had discovered near the end of the vlog.

Read More: Logan Paul video results in charges of “animal mistreatment” While the video garnered a reported 575,000 views before ultimately being deleted, several duplicates have since sprung up across the platform. However, Indonesian citizens are taking issue with Qory’s vlog, with some calling his publicity stunt “sick” and “fucked.”

— izzzy (@vngnc) December 4, 2018 “I think the video is wrong because Qorygore is clearly trying to gain views from this video — and it is a sponsored video,” one Indonesian Twitter user wrote of the debacle. “He deliberately went looking for views at a place where finding people committing or have committed suicide is common. HOW SICK IS THAT?”

Read More: Jake Paul lashes out at Deji for his savage comments on boxing rematch As of December 5, no known legal punishment toward the YouTuber has been doled out.

Despite Logan Paul’s similar scandal in the beginning of 2018, he has since managed to find massive success on the platform, earning a reported $14.5 million and even fighting in a massive pay-per-view YouTube boxing match.

Two YouTube pranksters who filmed themselves breaking into the Celebrity Big Brother house during a live eviction show have been convicted.

Ally Law and Ryan Taylor were arrested at the TV studio in Hertfordshire in January amid fears of a terrorist incident, magistrates were told.

It was the second time in a week they had sneaked into the studio, St Albans Magistrates' Court heard.

The pair were found guilty of two charges of aggravated trespass.

Law, 21, of Hepworth Close, Southampton, has nearly 2.2m subscribers on YouTube, while 25-year-old Taylor, of Lichfield Road, Bloxwich, has more than 1.5m.

Footage of the guards shouting at him to get out was played in court, with a female security guard eventually jumping in to pull Law out of the water.

Housemates on the Channel 5 show, including dancer Wayne Sleep, actress Jess Impiazzi and Boyzone's Shane Lynch, were put into lockdown as metal shutters rolled over the windows on 26 January.

'Provide entertainment' Law and Taylor were wearing GoPro cameras as they climbed over the fence and made their way along a set of outside walkways, staircases and scaffolding at the back of the set.

A TV clip was played to the court of the moment during an eviction announcement when some housemates alerted Big Brother the intruders were outside.

In a police interview, Law said his only intention was to provide "entertainment" and apologised for "any fear" he might have caused.

The previous week the pair had also filmed themselves as they climbed staircases, ladders and fire escapes and eventually managed to get into the house's loft.

Atomic Annie
Welcome to Atomic Annie! Atomic Annie performs live every Thursday night at 9pm Central. Who's Atomic Annie? We're just two guys who have been making music most of our lives. We create music on the fly and unrehearsed.
This website uses cookies to improve your experience while you navigate through this website. Continue to use this website as normal if you agree to the use of cookies. View our Privacy Policy for the details. By choosing "I Accept", you consent to our use of cookies.