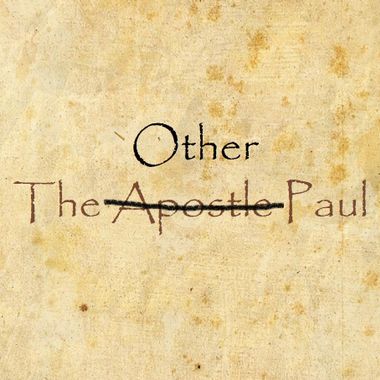 The Other Paul
I'm Paul, but not the one who wrote half of the New Testament; the other Paul. Follow me as I investigate theological and historical topics of interest to traditionalist Christians and slap heretics along the way.
Subscribe
Send Message

After a lengthy period of consideration, I have assembled what I hope is a final revision of supporter tiers (absent possible future circumstances). The primary aim of this revision was to increase reward incentives for the bottom tiers whilst preserving a significant increases for the higher ones, and overall making a logical increase of rewards for each tier, rather than an ad-hoc system as I initially made. With that said, here is the new reward tier list:

Pistos:
- Priority questions in stream Q&As.
- Access to private supporter streams.
- Name listed in supporter thanks at end of videos.

Episkopos:
- All Diakonos rewards.
- Access to the Ecclesia, with sneak peaks at content currently in production (incl. blog essay drafts) and a chance to give feedback for the final product.
- Right to vote for the next video out of a set of options (not just the next book review; all vids).

The key changes are:
1. Private supporter streams have been moved from Episkopos all the way down to Pistos, allowing for all supporters of all levels to join in the fun.
2. Episkopos tier now once again has the right to vote on the next video. Each normal video release (typically per fortnight, and with the exception of quick videos on urgent matters) will have been voted on by those of Episkopos and higher rank, and each release will see a fresh poll of topics posted (consisting of topics/ideas I am ready to tackle).

Additionally, in February Protos En Isois and Apostolos tiers will be able to submit questions for dedicated, pre-recorded video Q&As, on top of their now-active reward of 3 and 8 tutoring hours per month respectively.

So, I hope this is satisfactory to existing supporters and enticing for potentials. God bless :)
Comments (0) loading...
Like(0)

ATTENTION EPISKOPOI AND PATRIARCHS: VOTE ON THE NEXT BOOK RECOMMENDATION

See details in the below post. Most relevant for supporters both current and potential is that from now until the deadline (July) two-thirds of all SubscribeStar income will go towards the fund. Help me reach the goal!

$465 of $1,000
per month
A long term goal, but at this point the ministry will be a part time income, further increasing the quality and quantity of content.
$300.0
THE GOAL
REACHED!
At 300 USD per month I will invest more into premium services for content creation and new equipment, including a new 4K camera.