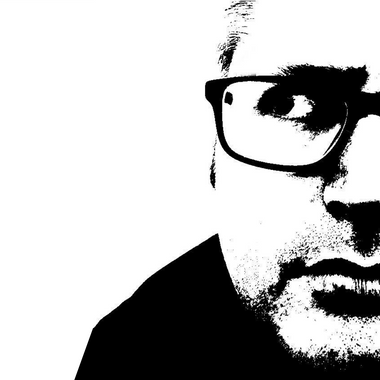 There are no spoilers in this review.

The one with the epic account of the ill fated military campaign that put Australia and New Zealand on the world stage...

There are no spoilers in this review.

I’m now six books in to the Mitch Rapp series, and Consent to Kill carries on the story and runs with it like a mad man. What I like about this series is that there is a good core of characters, and each book varies enough from the previous to keep you hooked. It’s not the same story being retold in a slightly different way each time. First it was hostage rescue, then it was political shenanigans, then nuclear terror attacks, and in this one, it’s personal.
Here’s the official blurb:
For years, Mitch Rapp's bold actions have saved the lives of countless Americans. In the tangled, duplicitous world of espionage, there are those, even among America's allies, who want to see Mitch Rapp eliminated. They have decided the time has come. Now, the powerful father of a dead terrorist demands vengeance in its simplest form - an eye for an eye, and Rapp instantly becomes the target of an international conspiracy. This time, he must use all of his vigilance and determination to save himself before he can turn his fury on those who have dared to betray him.
This story cracks along at the usual breakneck pace, and alongside the action we also get some good character development. There is a bit more talk about Rapp’s past, and what led him into this way of life, we get time with his brother, and even some more scenes with Kennedy and her son. I liked how this one was of a personal nature, but also how we get to see Rapp’s inner conflict at points, and we learn that there is a point where he draws the line.
I also liked how in this one Rapp is not indestructible. We see him feeling effects of his age, needing knee surgery, and facing the physical and mental impact of his profession.
Six books in and this remains one of my favourite book series. I’ve enjoyed all the books to date, this one was great, and I’m looking forward to what happens next in the world of Mitch Rapp.


Narcos rates as one of my favourite series on Netflix. Its combination of strong characters and gripping storyline had us glued to the screen over three excellent seasons. As for it’s spinoff, Narcos: Mexico not so much.

The first season felt long and overblown with only one or two characters that stood out. The episodes were unnecessarily long, and in the end we had decided that we wouldn’t watch a second season if they made one. But, literally the final few minutes of that first season made us think “oh wait this could get good”.

Season two is out now and we gave up on it after the fifth episode. We gave up for the same reasons why we were turned off season one. Once again, the episodes are around the 60min mark and needlessly so. They’re just way too long. It would be okay if each episode was full of story and tension, but they’re not, instead of being good tight storytelling, the episodes just feel lazy and overblown.

And I still don’t see Diego Luna as a threatening menacing cartel boss. He was great in Rogue One, but to me his casting is this is all wrong. He’s just way too much of a nice guy for me to see him as a brutal gang boss. This was really exposed when the guys from the Cali cartel from the main Narcos series turn up. They only have a little bit of screentime, but they are oh so scary in those scenes. I never once felt that way about Luna’s character.

I dunno, this one just didn’t catch us. We dipped out on season two, and won’t be watching the third if they make one.
Comments (0) loading...
Like(0)
Dislike(0)

When a traffic median began to attract rubbish and all sorts of riff raff, a local resident decided to take action...


The Descendants is a 2011 movie starring George Clooney and Shailene Woodley and tells the story of a family that is poised to sell a large tract of land in Hawaii. The deal will net them hundreds of millions of dollars, but as the purchase deadline approaches the family has to deal with an unexpected revelation about the mother who is in a coma after a boating accident.

The movie opens with George Clooney lifelessly phoning in a voiceover giving you background on events leading up to the start of the movie. That narration pops up regularly through the film’s runtime and drags down what is already a boring and depressing movie. As a result, the lighter comedic moments fall flat, I couldn’t get invested in the characters, and at times there were Home and Away levels of forced drama.

And then if all that’s not bad enough, the constant interstitials with sappy, tug at your heartstrings Hawaiian music got to be so annoying, like HEY GUYS, WE’RE IN HAWAII, DID WE TELL YOU? HAWAIIII.

After watching this, I find it hard to believe that this was up for Best Picture in the 2012 Oscars and that Clooney won Best Actor for it at the Golden Globes. Shailene Woodley however was really good and, I think, deserving of the awards attention she got.

It starts to pick up around half an hour from the end, but for me that was too late to save it. It’s not an awful movie, it’s just fine.
Comments (0) loading...
Like(0)
Dislike(0)
View previous posts (6/26)
See something you like? Subscribe to see even more!
Subscribe Now
The subscription gives you: