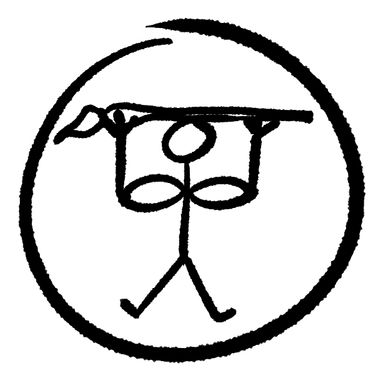 Something Worse than Slavery

One of the greatest historical ironies of Western history is that we abolished slavery and then established an institution that was objectively worse: the modern prison system. Another way of putting it would be that we abolished slavery and then re-instituted it under another name. It’s almost as if slavery is an unavoidable aspect of human society.
The natural, primary principle of criminal justice is reciprocity, or “an eye for an eye”. Whatever harm you do to someone, that harm should be returned upon you, no more and no less. If you murder someone, you should be executed. If you steal something, you should give it back. The modern prison system goes far beyond “an eye for an eye” and the way it operates is more like punishing a man who put out another man’s eye by removing both his eyes, both his arms, both his legs, punching him in the face, and giving him a kick in the groin.
If a man steals $1000 worth of merchandise from Walmart, what harm comes to Walmart? They lose $1000 dollars and a maybe few hours of productivity. I’ve worked in retail. I’ve seen it happen.
If the thief is then caught and sent to prison, what harm comes to him? He could lose his job. He could lose his car. He could lose his family. He will be separated from his family, possibly leaving his children in the hands of a stranger. He will be unable to support his family. He will lose months of productivity. He will be forced to endure the company of other criminals, some of whom might lure him into even greater crime. The monetary equivalent of his punishment could well run into the hundreds of thousands of dollars, much more than the $1000 he stole.
Has anyone at Wall Mart lost their car or their job or their family? No. Has anyone at Walmart been forced to socialize with criminals? No. Has anyone at Walmart lost months of productivity? No.
Obviously, in this example the punishment does not fit the crime. It is cruel and unusual. If the principles of justice were being fairly applied, the thief’s punishment would include little more than returning the merchandise he stole.
If our justice system properly applied the principles of justice, the punishment for murder would be death, the punishment for rape would be death, the punishment for thievery would be to return the stolen property, the punishment for assault would be a beating, and the punishment for aggravated robbery would be to return the stolen property plus a beating. Notice that long-term imprisonment is not listed here anywhere.
The only crime for which long-term imprisonment could be considered an appropriate punishment would be if someone illegally held someone captive for a long time.
The “justice system” became injust the moment it decided to make “rehabilitation” its goal and expanded its mandate beyond distributing justice into “keeping criminals off the streets”. These changes were made in the name of compassion, but they resulted in damnable injustices.
Keeping criminals off the streets is a valid consideration, but it should not be something with which the criminal justice system concerns itself. It should be the purview of someone else. If it weren’t for our modern multi-racial societies, some form of slavery or indentured servitude could be proposed as a viable method for “keeping criminals off the streets”. Almost any form of slavery would be better than the modern prison system.