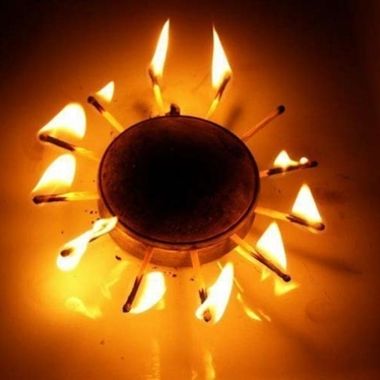 AngeloBottone
I am a college lecturer, I teach philosophy. I am also research officer at the Iona Institute in Dublin, Ireland. I write mostly about bioethics, particularly abortion, marriage and religion. I am planning to post an article per week. Here below you can find some examples.
July 30, 2019 11:38 PM
Public post
(original content)


Euthanasia is promoted under the disguise of neutrality


Last week, a spokeperson for Fianna Fáil told the Medical Independent that they would not oppose the referral of assisted suicide to a Citizens’ Assembly for further discussion. Delegating the debate to an unelected body means that neither Fianna Fáil, nor any other major party, is not actively opposing the introduction of legislation that could legalise euthanasia and assisted suicide. (1)


In 2017 the Oireachtas Joint Committee on Justice and Equality considered possible recommendations on legislating in favour of euthanasia andassisted suicide. They heard from a number of experts, and the strongest opposition to the introduction of new liberalising laws came from the representatives of the medical profession and of disability advocacy groups. (2)


Des O’Neill, professor of medical gerontology at Trinity College Dublin, said “We have to send out a message to people of disability of whatever age that our impulse is to care, to cure sometimes, to relieve often and comfort always.” (3)


Dr Regina McQuillan of the Irish Association of Palliative Care said: “Suicide is rightly considered a blight on society and there are many efforts made to reduce it. That there are some people for whom suicide is considered appropriate may suggest that there are people whose lives are not deserving of the same level of protection.” (4)


At the end of the hearings, the Committee did not achieve a clear consensus. Accordingly, they did not recommend legislative change.  Instead, they urged the Houses of the Oireachtas “to consider referring the issue to the Citizens’ Assembly for deliberation”. (5)


But why should a non-representative body, with no specific expertise, discuss and recommend vicariously, when there was no majority in the Oireachtas Committee in support of the change?


Political parties cannot stay neutral and delegate to others such a critical debate. Even small changes must be opposed or they will have catastrophic effects.


We can learn from the experience of other countries that the legislation on these issues is usually introduced on some limited ground (for terminally ill patients, for instance) but, with time, it becomes more and more liberal. Once the general principle that doctors should not participate in procuring death is eroded, it is difficult to change the trend and go back.


Psychiatrist Mark Komrad has said, “Several governments, in the last two decades, have invited and permitted physicians to transgress the prohibition against killing their patients.  … Originally, the class who can be voluntarily killed or helped to suicide was limited to those at the very end of life. However, principles of justice have made it very difficult to limit such procedures to that category of people. The more experience a country has with such practices, the more the horizon of eligibility has expanded far beyond extreme end-stage cases. … The so-called “choice“ that is offered to the suffering to end their lives is a pseudo-choice, filtered through a physician’s own values, and commonly forced, by having very limited choices in other domains — economics, social support, healthcare, etc. It is unjust, and therefore impossible, in a democratic society, to limit these procedures to some — like the terminally ill — but refuse it to others — like those with chronic physical and psychiatric disabilities. Yet, it signals that chronic disability and its sufferings might constitute a “life not worth living.” (6)


The pressure on doctors to support and participate in euthanasia and assisted suicide is growing everywhere.


In October 2018, at the General Assembly of the World Medical Association (WMA), representatives from Canada and the Netherlands attempted to change the WMA code of ethics, which has always condemned the participation of physicians in procuring death through direct euthanasia or providing drugs for suicide. (7)


During the debate, all sort of euthanasic practices were rejected and eventually the proposal has been withdrawn, reiterating the WMA’s long-standing opposition to procuring death.


This debate, though, continues on national level.


The Royal College of Physicians (RCP), in the UK, has recently dropped its opposition to assisted dying in a surreptitious manner that has attracted strong criticism. They are now neutral on the issue and will not officially engage in public discussions but how they have arrived at this position appears to be despicable. (8)


In 2014, 57.6% of the RCP membership opposed a change in the law that would legalise assisted suicide. In January this year, after announcing the third poll on this topic among its members since 2006, it was decreed that a 60% majority was needed to stop changing the RCP position to non-opposition. This means that even if 59,9% were against the change, it would have occurred nonetheless. Such a majority was even more difficult to achieve as three options were given (yes, no or neutral), while the previous vote was binary (yes or no).


A group of members of the RCP have challenged them in court, arguing that “the use of a ‘super-majority’ vote on such issues is without precedent in professional organisations in the UK. They have said that it appears to be a tactical move to give a strong boost to the campaign to change the law on assisted suicide. The largest euthanasia lobby group in the UK has previously identified the opposition of medical bodies as a key obstacle to changing to law. Two well-known patrons of this organisation, and active campaigners for legalising euthanasia, are on the RCP Council – the internal body driving the RCP poll.” (9)


In spite of the robust protestation, the poll was carried out in February and found that 43.4 pc were opposed adopting a pro-assisted suicide policy, 31.6 pc were in favour and 25 pc were neutral. This means that even though the majority of the voters were against, the Royal College of Physicians will now be neutral on the matter.


In this case, as with the Joint Committee referral to the Citizens’ Assembly, we see that even when there is no clear majority in support for a significant change, certain issues are considered so important by a minority that they have to be promoted, under the disguise of neutrality, until they are accepted.