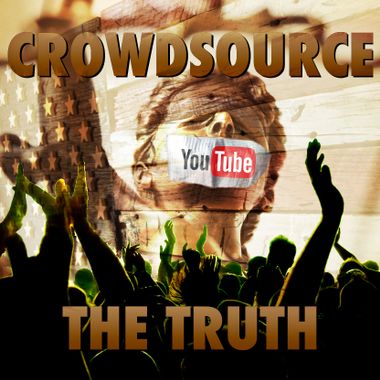 Dr. Judy Mikovits returns along with her co-author Kent Heckenlively to provide further expert testimony in the indictment of Dr. Anthony Fauci.

Karen Greeson
What does Judy think about them building a level 4 biolab in Manhattan,Kansas. Wich is the center of our beef belt!!??
20 days ago

Curly
You crazy goyem
20 days ago

g_seib
Jason it might be time to get Dr Judy, Kent and David Hawkins on the one program. They bring unique aspects each but together they piece together a puzzle.
19 days ago

sue
Even if Fauci the Fuhrer and certain PTB are convicted, tarred & feathered and hung from a cherry tree in DC tomorrow, nothing would permanently change for the better. The disease of the System would be Temporarily Treated, but not Prevented from re-occurring via nipping it in the bud at the source
The secret Grand Pubas that rule these actors know that such useful parasites are easily and swiftly replaceable -- there's a huge stash of equally evil stand-ins in the Swamp Holding Tank just drooling for the opportunity to fill a part
Still these actions are better than not trying to change things.
The crux is that until all Plebes great and small can Snap Out Of It... and at least JUST TRY to recognize and appreciate what's really going on, to constantly Question the PTB and resist embracing the PTBs values for lack of cultivating core values on their own...
then, it's the masses' collective consciousness as unsuspecting Voluntary Victims, who, ironically are the unindictable Real Villain
and since the mind control drug costs nothing and is perpetually potent... and let's face it, we've all been its guinea pig... perhaps somehow we can first honor Dr Judy's advice and just forgive ourselves and others... for having been literally and figuratively drugged. and, learn to know and love thyself... NOT, NOT as part of any group, but as an individual...
We all need to lay off the Bernays Sauce
and that might not be probable but it's possible; we saw it in London Humanity on its Feet Walk and especially with Miss Jo at the anti-hoylman rally (1:03:34)
https://www.youtube.com/watch?v=z-Bbe5d4HNw
17 days ago